Soccer fans, maybe more so than other fans of team sports, often grow up playing the game. It becomes a part of us. Over generations of the sport’s growth in the United States it is our experience as kids that has laid the foundation for how we appreciate the game – stout defense backing up route one attack; finesse play inspired by the streets; or the diamond with a maestro pulling the strings.

How we play is also just as much about where we play. Tacoma and Pierce County soccer fans have ever expanding choices for where they can play soccer. The club that draws in the most players from the region is Harbor Soccer Club.

Harbor is one of twenty teams that participate in the RCL, the premier level of soccer under the Washington State Youth Soccer. Unlike many of the other clubs in RCL, Harbor Soccer Club also operates recreational soccer teams.

Harbor’s dual channels means that a young athlete that enjoys multiple sports will retain that possibility. That is part of the “Harbor Way.” Another element of the Harbor Way is that the club will find ways to help those with financial needs. Heath Heikkila is Harbor Soccer Club’s Director of Business Development and one of his main efforts has been to expand the financial aid program.

The Harbor Way is also about developing the person, not just the player.

“As a club we love soccer. We want kids to develop into better soccer players, of course, and to love the game. We also understand that soccer and all youth sports are just a part of developing as a person and learning important life skills.”

Developing young soccer players around Gig Harbor, the peninsulas, and Tacoma has resulted in alumni at local colleges. Over the past few years, Tacoma Community College, Pacific Lutheran University, University of Puget Sound, St. Martin’s College, and more have had Harbor products in their ranks. 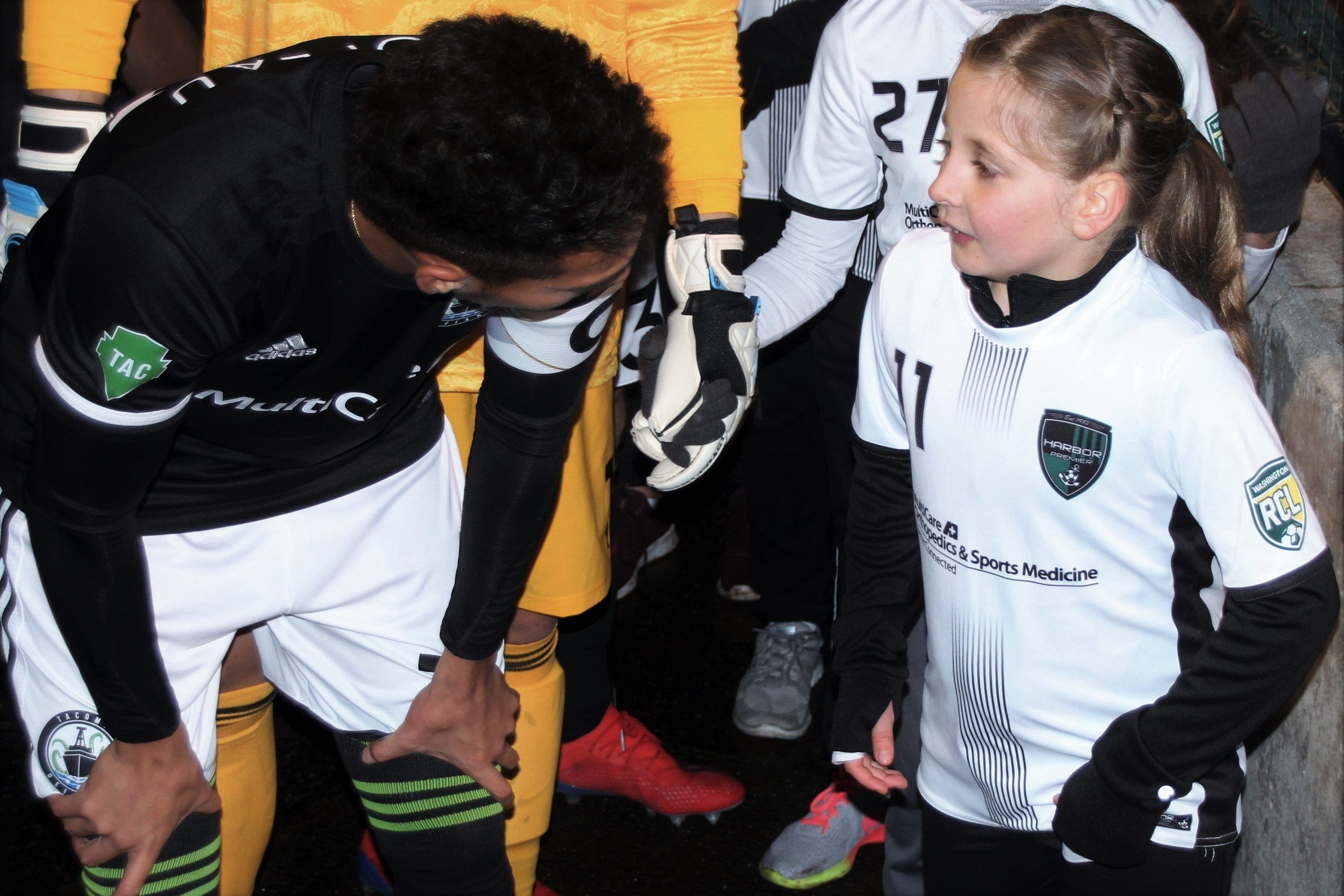 Now Harbor Soccer Club can show their young players the professionals that play nearby. Their headquarters are just 7 minutes from Cheney Stadium. Youth within the club participate in various programs with Tacoma Defiance and Reign FC. The future of South Sound soccer get to see their dream played out right in front of them. For many of them, Cheney Stadium is within ten minutes of their house.

Schedule: Club is from August to December; Premier is year round with Washington State Youth Soccer’s RCL

Travel: Varies, with club playing locally and Premier traveling throughout the state.