The seams of Cheney Stadium’s history book are hanging by a thread. Somehow, after 60 unforgettable seasons at R House, the beauty of baseball still provides us with never-before-seen highlights. Every year, we get moving moments both on and off the field that make coming to the ballpark a joy. This year’s final pitch at R House has been delivered, so let’s countdown the Top-10 Rainiers Moments at Cheney Stadium in 2019.

10. Ryan Court Homers in 1st Game Back in Affiliated Baseball- May 7

31-year-old infielder Ryan Court played eight games for the Sugar Land Skeeters of the Independent Atlantic League before the Seattle Mariners came calling in early May. In just his second at-bat, Court jolted his way back into affiliated ball with a home run into the left field seats of Coors Light Landing. Not only did Court “pound the gavel” for the first time with Tacoma, it was an important step in his journey to his Major League debut with Seattle on July 26, 920 games and 3,210 at-bats after his professional career began.

Tacoma’s annual Salute to Armed Forces Day is always memorable, but this year’s event packed a little extra punch. We were honored to recognize veterans from different generations, allowing fans to give standing ovations and offer the gratitude that our brave men and women deserve. 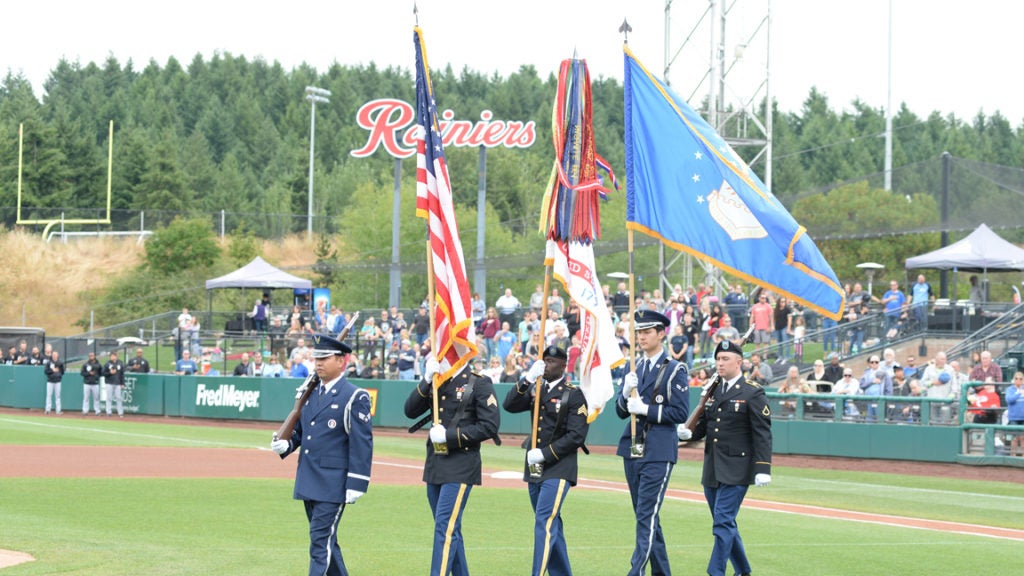 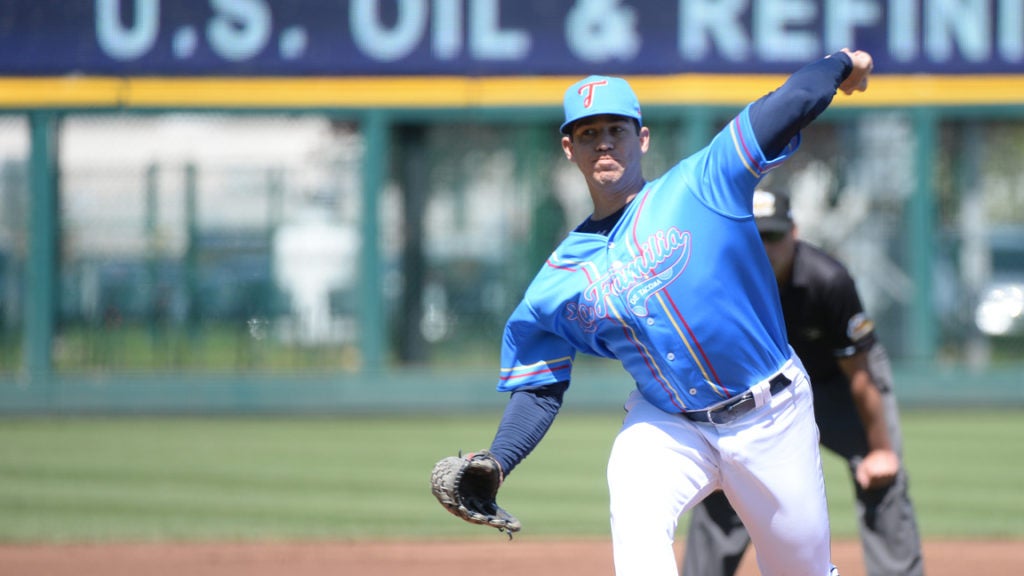 In Tacoma’s first Copa de La Diversiòn game (see No. 2), southpaw Tommy Milone solidified PCL Pitcher of the Week honors with 7 2/3 shutout innings, becoming the first Rainiers hurler to punch out 10 hitters in a game this year. La Familia de Tacoma cruised to a 7-0 shutout victory over Albuquerque, just one start after Milone twirled a six-inning complete game shutout in a rain-shortened affair at Salt Lake on April 30. The lefty veteran made just one more start for the Rainiers before being selected by the Mariners.

Mariners No. 8 prospect  Jake Fraley pulls in at No. 7 on the list for his eye-opening Rainiers debut in June. Not only did the 24-year-old mash a towering three-run home run in his second plate appearance, he made a highlight reel diving grab in the outfield and stole a base. Fraley finished the night 2-for-3 with 4 RBI, taking a big leap toward his first Major League call-up on Aug. 20. 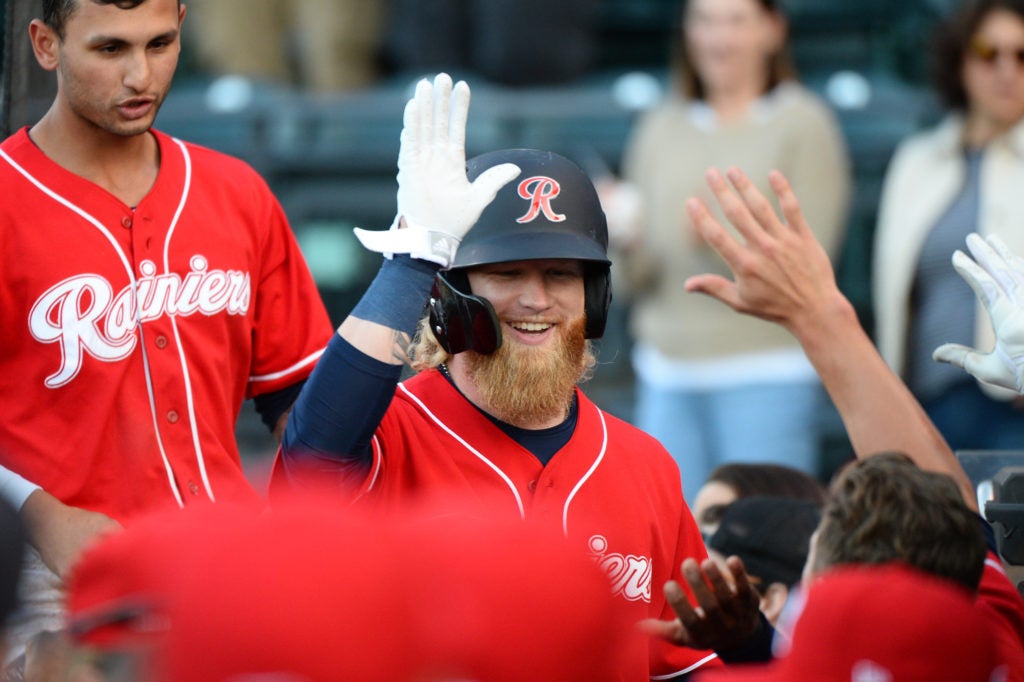 Court clobbered a game-tying home run in the bottom of the ninth, giving him a long ball in five-straight games. Fraley walked it off with a single in extras. With all the excitement that took place in 10 innings of pinked-out baseball, nothing took precedent over the pregame Circle of Hope during the ninth annual Pink at the Park event. The Rainiers and Carol Milgard Breast Center recognized breast cancer survivors on-field pregame, capped by a ceremonial first pitch heater from Leanne Noren, the first-year Executive Director at CMBC. 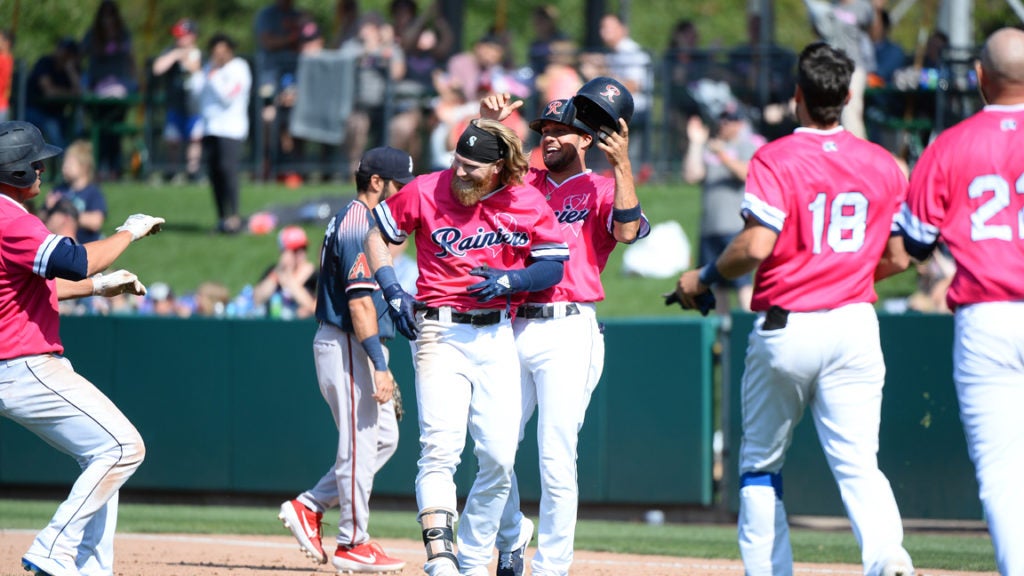 What do we really need to say here? In the bottom of the 10th inning with the Rainiers trailing by a run, Mariscal obliterated a 1-0 pitch from El Paso right-hander Trevor Megill, leading to a mobbing of the young infielder at home plate. It was Mariscal’s first career grand salami, and according to the 24-year-old, his first ever game-winning home run.

4. J.P. Crawford was always on base, literally- April 4 through May 7

Former No. 1 Phillies prospect J.P. Crawford started the season with the Rainiers, and went hitless on Opening Night in Sacramento, but was hit by a pitch and reached base. He would go on to reach safely in all 31 games he played for Tacoma, including a call-up-worthy performance at Cheney Stadium in his penultimate game with the Rainiers on May 6 when he went 4-for-5 with 6 RBI. Two days later, J.P. got the call. 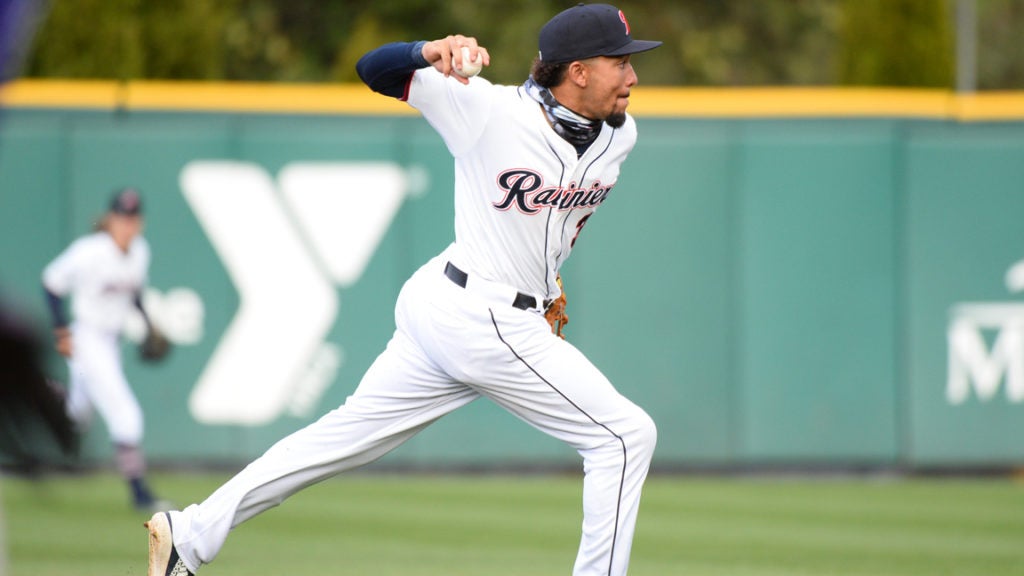 Shed Long with a Looooooong Game-Winner. Bring your brooms tomorrow, Tacoma because we're going for the sweep.RECAP: https://www.milb.com/tacoma/news/rainiers-earn-last-at-bat-victory-for-second-straight-night-against-el-paso/c-306153336 …#ThisIsRCity

Shed Long let Rainiers fans know who he was right away. A night after pinch running and scoring the winning run in walk-off fashion on R Opening Night, Shed dug in in the bottom of the ninth and sent Cheney Stadium into a frenzy with a monster walk-off blast that cleared the illuminated ‘R’ logo at the top of the scoreboard.

It was the first, but certainly not the last time that the lefty dazzled with the long ball. On May 8, Long roped a go-ahead grand slam over the right field fence that left his bat at a blistering 114 miles per hour. He really had to work for his second grand slam on June 29, legging out an inside-the-parker, the club’s first of the century. 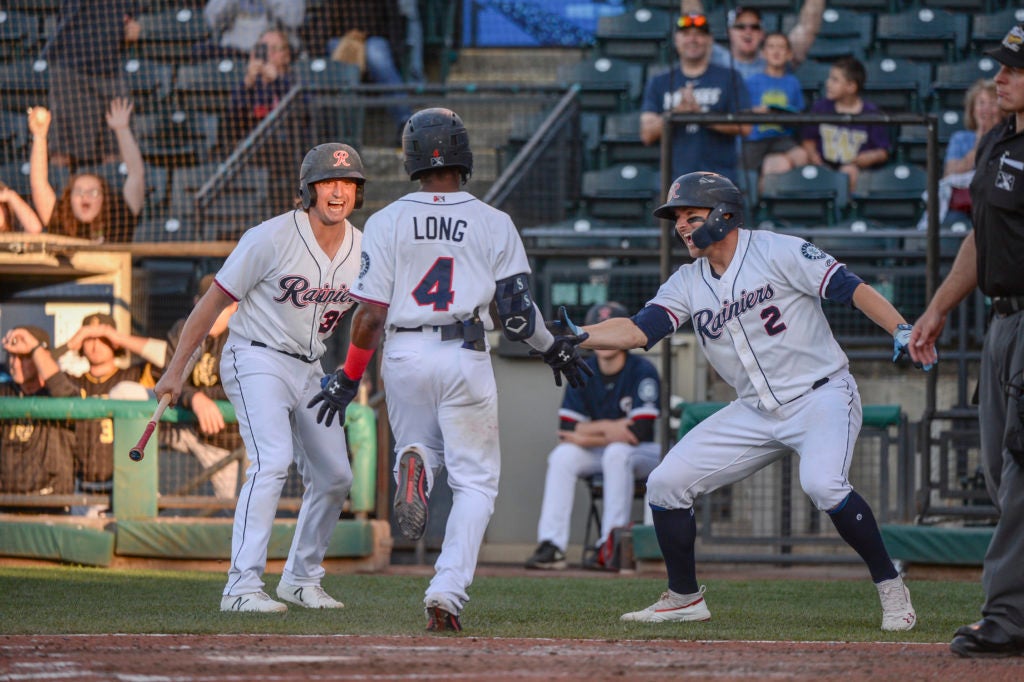 For the first time, the Rainiers were a part of Minor League Baseball’s Copa de la Diversión (The Fun Cup) initiative. Known as “Copa” for short, the movement celebrates Latinx culture worldwide and in the regions of all 72 teams who took part in 2019. We all know that Tacoma is more than another community. It’s a group bonded together by grit, family values and an admiration for R City. To celebrate that, we became La Familia de Tacoma for five select games, starting with an all-out celebration on Cinco de Mayo. The club played under the La Familia moniker with bright baby blue uniforms while Latin music rang throughout the ballpark, specialty food items like elote and churros were served at the concession stands and the park was decorated with vibrant papel picado that brought a special energy to each day at the yard. 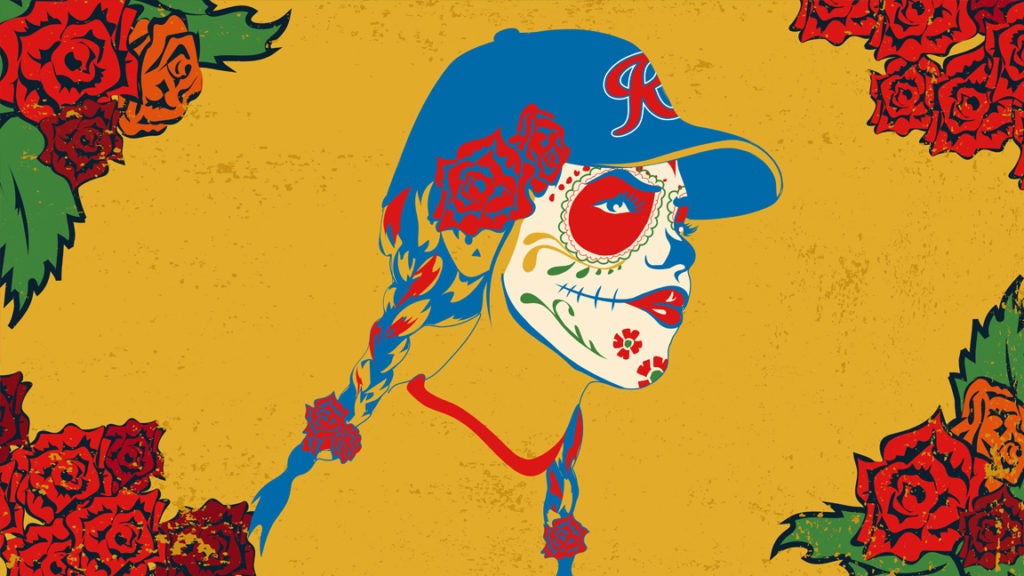 For those wondering, you bet La Familia will be back in 2020.

Left-hander Anthony Misiewicz had over 5,000 fans on their feet as he cruised through eight untouchable innings on a picturesque Sunday afternoon at R House. The 24-year-old, who was lights out at home in August, put together a career day against the Iowa Cubs, striking out 10 and allowing just one baserunner in his eight frames of artistry. 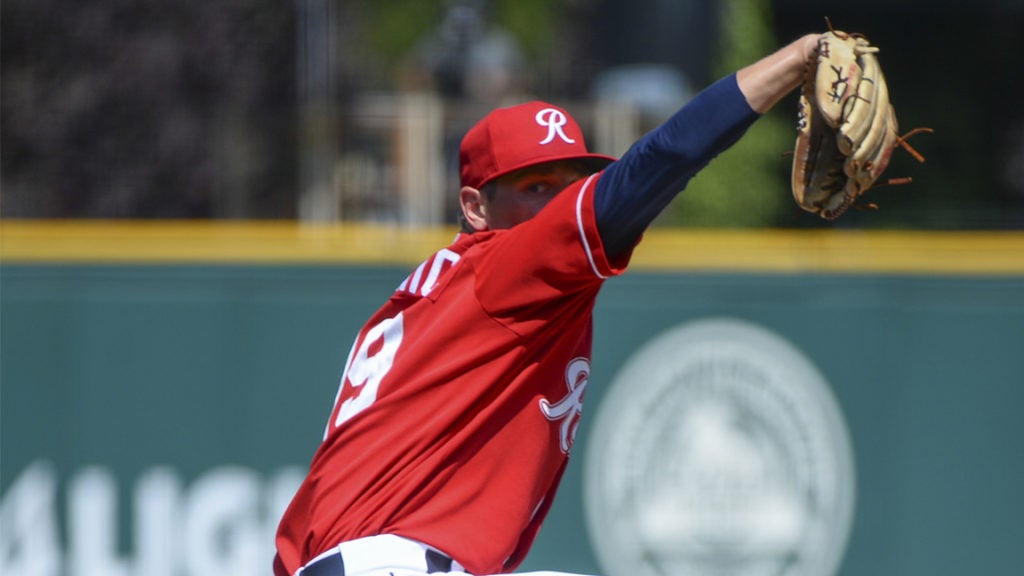 Misiewicz needed 116 pitches to get where he did, and despite pleading to manager Daren Brown to give him the 9th, skipper politely told the competitive southpaw that his day was done. The Rainiers couldn’t complete the combined no-no, but fans were held engaged for the entirety of a truly overwhelming performance by the young pitcher. With an emotional crowd, a perfect day at the ballpark and a masterful effort from Anthony Misiewicz, it’s tough to argue against August 4 being the top Rainiers moment at Cheney Stadium this season. 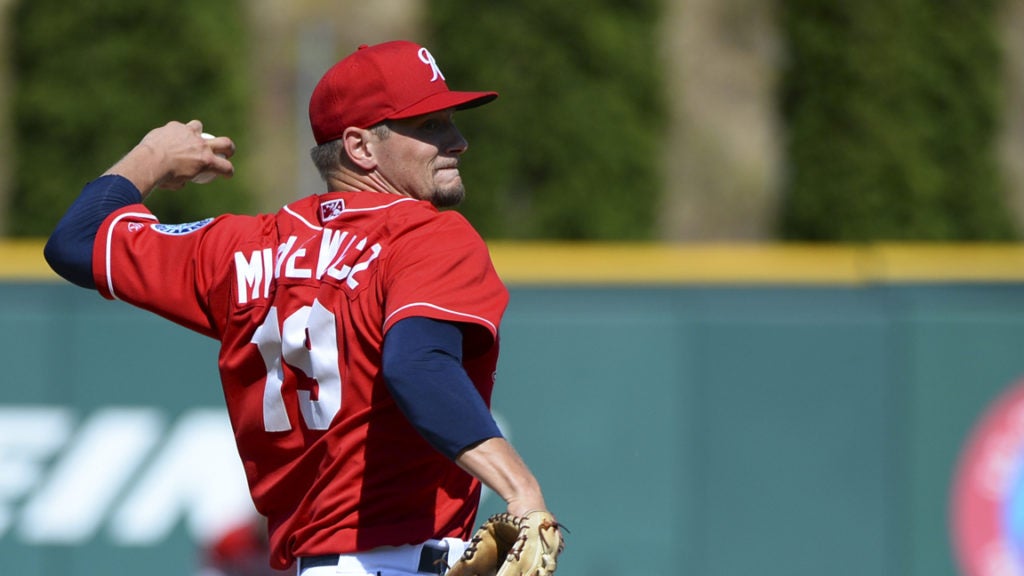