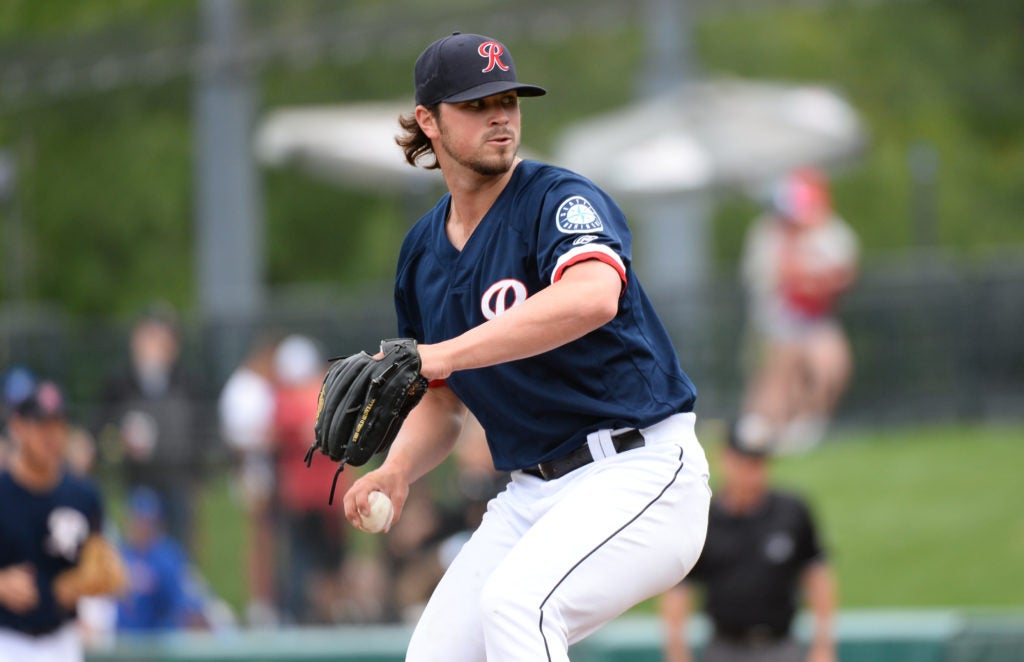 How does a coach go from obscure college ball to Triple-A coach in just two seasons? First, through hard work and sacrifice. Add in a bunch of modern analytics focusing on the art of pitching and you’ve got Rob Marcello Jr.. Tacoma’s newest pitching coach looks forward to being  the one who can tell a guy he earned the call to the Majors.

“I’m excited to tell a guy he’s going to pitch in the big leagues. I look forward to doing that.”

Kendall Graveman is back from the baseball grave. After Tommy John surgery and the long roads of rehab, Graveman signed with the Seattle Mariners.

Now, Graveman is done with rehab and endless bullpens. He’s back.

Ichiro isn’t making a comeback as a pitcher. He’s just got the arm like one, at the spritely age of 46.

MiLB.com says that the Mariners have the 14th best pitching prospects in the game right now. Logan Gilbert and Justin Dunn are names who could take the mound at Cheney Stadium this year.

Don’t have a Flag of Defiance to wave? Be one of the first 1,500 through the gates on Opening Night and get a mini-flag to show your support for Tacoma’s team.

Meet the newest swashbuckler on the squad. Collin Fernandez enters his sixth year of professional play now wearing the black for the South Sound. He’ll win your heart as he wins the ball. Fernandez will add strength to the spine of a crew that also added USL veteran Taylor Mueller this year.

Alec Diaz earns another call-up from Puerto Rico. This time it’s with the U-20s, but he already made a senior national team appearance in 2019. Diaz has 3 goals with Defiance and 12 goals in 12 games with the Sounders Academy in the 2019-2020 season.

The 11th reason to get season tickets is that your seat neighbors become your friends.

Justin Dhillon is dominating the Sounders Settlers of Catan games in preseason. He, and the rest of the First Team, are now in Honduras as they get ready to take on Olimpia in the Concacaf Champions League. The winner of the tournament is crowned as the best from Panama to the Arctic. The first match is Thursday night at 7 p.m. with coverage on FS2 and TUDN.

Alex Roldan is back with Sounders FC. He’s now their backup right back. Roldan scored two goals with Tacoma in his 975 minutes of USL action.

How many swords? Seven.

Our New Year’s fitness regime takes us to the Seven Swords Academy on S. Washington Street and the Morgan Family YMCA on S. Pearl. This Is R City: Gettin’ Healthy (Part II) is the sequel you didn’t know you need. Learn how Tacoma finds ways to stay fit in the winter so that we can all enjoy the mountain, sea, and Cheney Stadium in the spring and summer.

The Clubhouse Collection is new this year. The signature red ‘R’ you love is available in fitted, flex, and adjustable options from$27.99 to

The Defiantly Tacoma city scarf has a map of your favorite city and is just $24.99 + shipping & handling. The HD woven format will keep you warm in the early months of the season.