Recipes make the Thanksgiving world go ‘round. Whether they’re passed down from generations, or a fancy new one that’s been trending (remember the Turducken?), food rules the day. But once everyone’s packed on the pounds, then what?

While we recognize that this year has been a test for all of us, moving forward in a spirit of thankfulness for all that we have is still so important. In the spirit of community, we’ve pulled together Tacoma’s experts in culture and cuisine to help you make the very best of this holiday season. Welcome to Thanksgiving at R House.

It’s almost without question that many of our Thanksgiving celebrations are going to be wildly different than last year’s, but as we’ve done for the last nine months, we will adapt.

Gatherings will be smaller. Some won’t happen at all. Regardless of how you’re doing Thanksgiving this year, we recommend following all local health guidelines.

We’ve already covered wine and cocktails to pair with new Thanksgiving traditions. For our second installment in the series, we’ve reached out to some of Tacoma’s finest purveyors of comfort food and entertainment to ensure your household’s Thanksgiving festivities are fat and happy.

Up first? A pair of cherished recipes and kind words from two of Tacoma’s favorite restauranteurs.

We’re honored to share a family recipe with a story behind it from our favorite local restaurants. 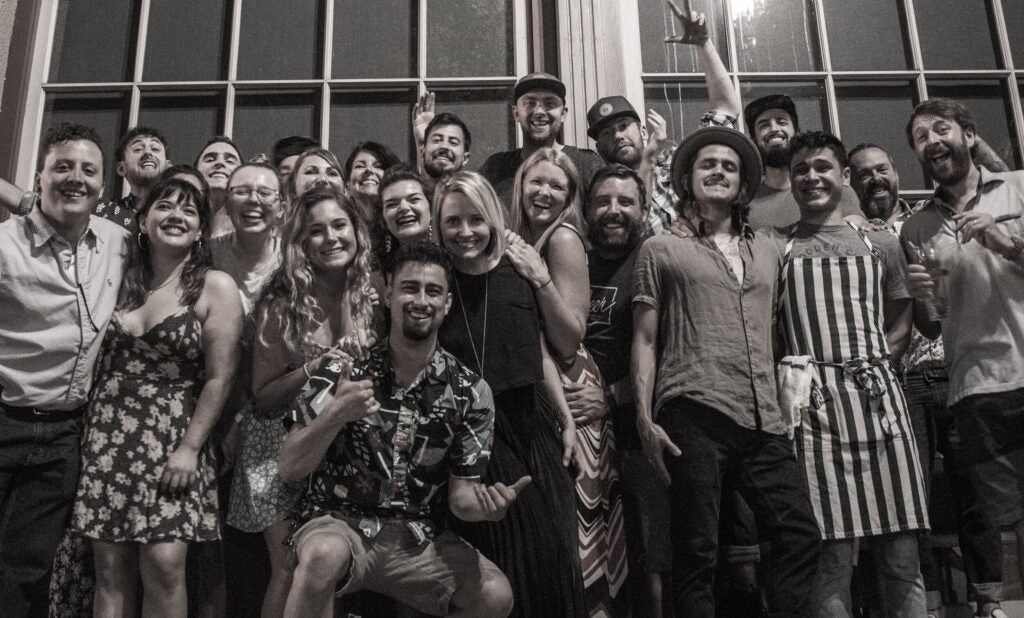 I was adopted by a Norwegian family when I was 8 years old. Throughout the holiday seasons, we would combine Scandinavian classics with traditional American dishes. For Thanksgiving we always had our turkey and stuffing with the conventional candied yams and green bean casserole sides. Honestly, one of my favorite memories is helping my Dad make the Swedish pancakes for breakfast and our family recipe Swedish meatballs for dinner on Thanksgiving morning. Our family recipe for Swedish meatballs are at every holiday dinner and they are amazing. They’re perfect as leftovers too. You can make a large batch and freeze the extra in a bag. They’re arguably better the next time around.

This year, I’m extremely thankful for these recipes that have been shared over generations in the Lepse family. Times are hard and traveling is unsafe right now, but I can still feel connected to them even though they’re thousands of miles away because I continue to carry these traditions to this day. Thanks to so many joyful memories sitting around the table celebrating our Swedish-American heritages, I can now share that same joy in creating new memories during this holiday season with my loved ones here in Tacoma.

Mix all ingredients thoroughly. Shape into balls roughly the size of a walnut. Cook in the oven at 375 degrees for 20 minutes. I usually cook them on foil-lined sheets. Spray cooking spray on the foil for easy removal of the meatballs when they are done.

Of course, you have to sample one meatball from each batch to make they are thoroughly cooked and ready to serve.

Editor’s note: Well, it looks like we’re infusing a little bit of The Elongated Country into our American holiday. Meatballs for days? We’re drooling at the thought. Thank you again, Robert. We can’t wait for our next meal from Wooden City.

Now, for another recipe and a Thanksgiving poem(!) from a cherished friend of our Rainiers family and the Tacoma restaurant community. 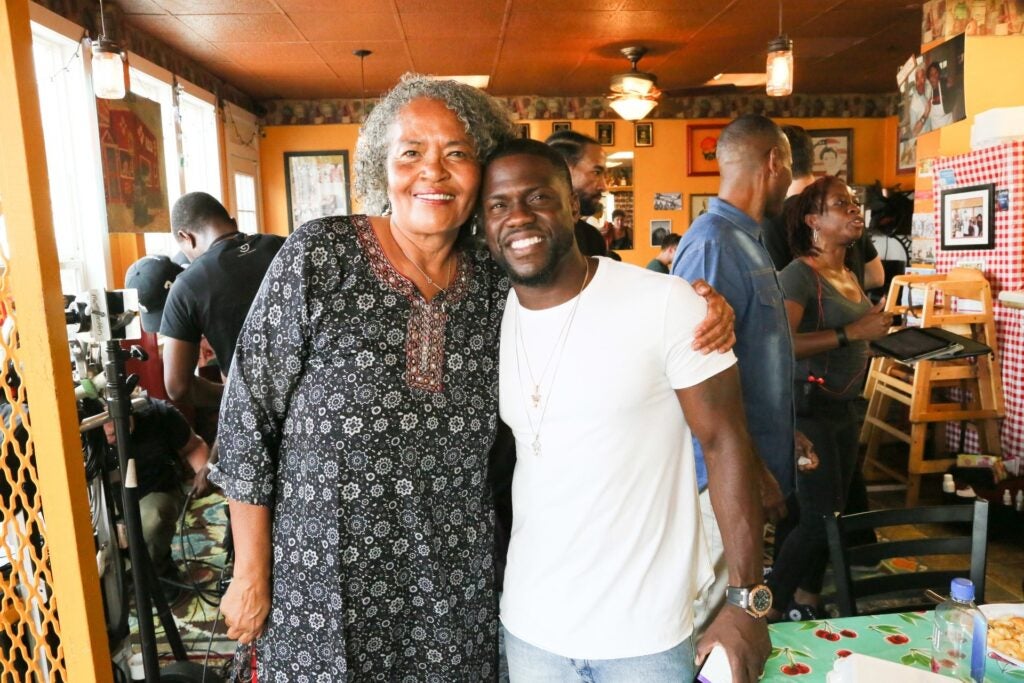 I’m thankful when I take a deep breath

I’m thankful for the generosity of others

I’m thankful for the students learning remotely and not complaining

I’m thankful for customers and friends supporting us

I’m thankful for the unconditional love of family and others

I’m thankful to share Thanksgiving dinner with loved ones

Simmer the above ingredients in pot for 1 hour and strain

Saute the above four ingredients until onions are translucent

Mix above 6 ingredients gently and place in 2 quart baking dish. The mixture will be moist. Bake at 350 degrees for approximately 30 minutes or until edges become brown.

Editor’s note: We’re speechless! Thank you for the inspiring poem and amazing recipe. There you have it, Tacoma. A dressing recipe from a legend’s cookbook straight to your dining room.

Okay, so now that we’ve convinced two of Tacoma’s best chefs to bless your kitchens with a page from their personal cookbooks, now’s time to focus on what to do after Thanksgiving dinner is over. In a normal year, we might hit up the movie theater to check out whatever bloated blockbuster was showing, but that’s definitely out of the picture this year. Get it?

So, we know we’ll be watching movies in our living room/bedrooms/or for you fancy folks, home theaters this year. Who better to ask for some recommendations than Tacoma’s flat out best harbingers of the pictures: Grand Cinema. 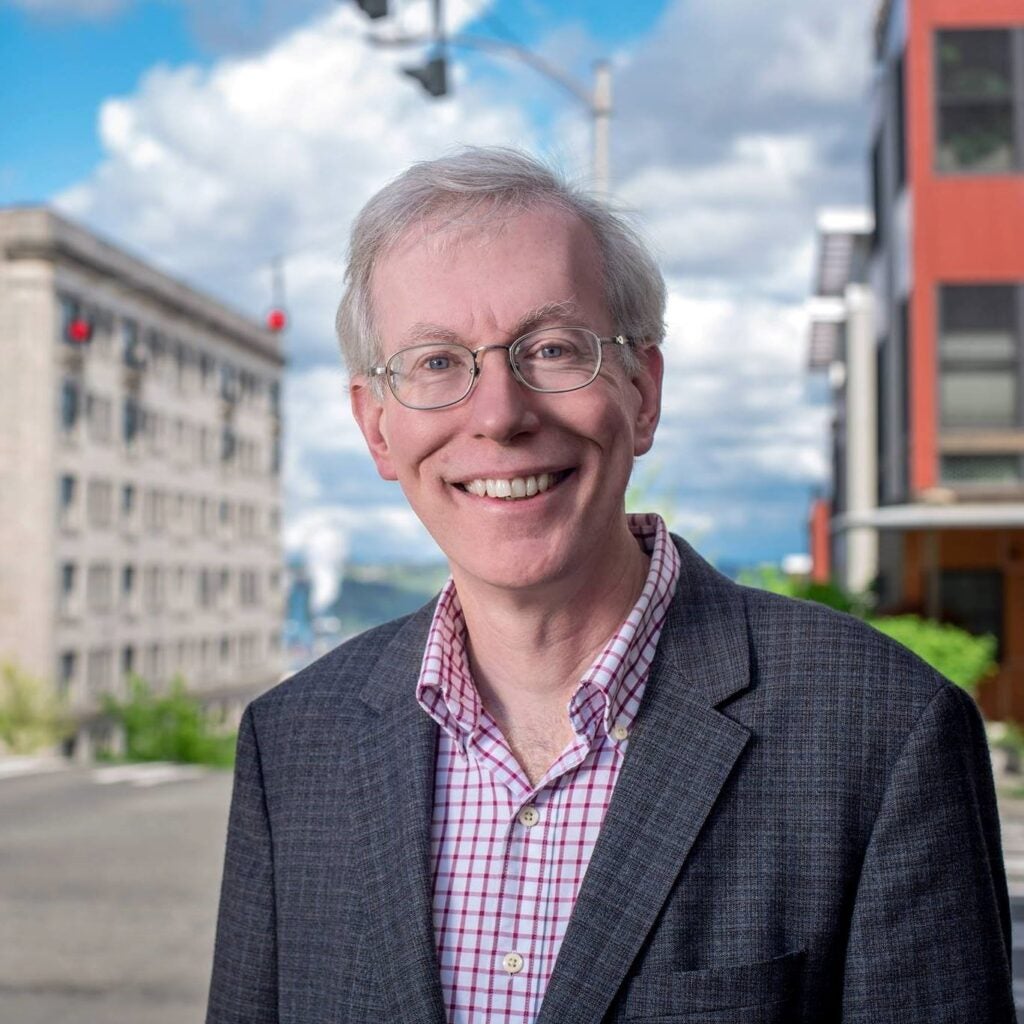 The Grand Cinema opened as a non-profit cinema in 1997 and has been operating every day since then…until the virus hit.  We closed our doors for in-person screenings back in March but have still been able to bring films to our patrons via online screenings.  Each week we typically open two or three new films, the same kinds of films we would have played if we had been open. These are all viewable via our Virtual Screening Room.

For those who have an HDMI cable, the best way to watch one of our films from home is to hook your computer (where the films plays) to your TV (where you can watch it once connected to the computer).  If you have a DVD or Blu-ray player, unhook the cable that connects it to the TV, and plug it into your computer.  You are then ready to go!

Online we have at least 15 films available, from ones that opened over a month ago to ones just beginning.  Some of the most recent ones include these four, each with extremely strong audience and critics reviews:

The Planters:  Nearly everyone is looking for a little humor these days, and this fast-paced quirky comedy is likely the one to target.  Two young women meet in the desert.  One does phone sales, the other has multiple personalities. This dark comedy reminds many of Wes Anderson films (The Grand Budapest Hotel, Moonrise Kingdom) because of the colors and sense of humor.  A run time of less than 90 minutes makes it an easy film to watch.  94% positive critics rating on Rotten Tomatoes.

Born to Be: This film follows the work of Dr. Jess Ting at the groundbreaking Mount Sinai Center for Transgender Medicine and Surgery in New York City-where, for the first time ever, all transgender and gender non-conforming people have access to quality transition-related health and surgical care. With extraordinary access, this feature-length documentary takes an intimate look at how one doctor’s work impacts the lives of his patients as well as how his journey from renowned plastic surgeon to pioneering gender-affirming surgeon has led to his own transformation.  100% positive critics rating on Rotten Tomatoes

Coded Bias: A timely documentary that explores the racial bias in facial recognition algorithms.  This nearly Orwellian film shows how facial recognition plays into our criminal justice systems and the filtering of job applicants.  100% positive critics rating on Rotten Tomatoes

Collective: A real life investigative story of a Romanian newspaper as they try to uncover a vast health-care fraud that enriched moguls and politicians and led to the death of innocent citizens. Winner of many international documentary film awards. In mostly Romanian with some English. 100% positive critics rating on Rotten Tomatoes.

Editor’s Note: Thank you, Philip! We dream of the day we get to sit in your cozy theater with a cold beer and popcorn. Until then, we’ll enjoy your world class programming from the comforts of home.

Wrapping up this second installment of Thanksgiving at R House, we move on to games. We’ve played every video game in the house, watched Youtube videos on how to take our Othello game to the next level, and now it’s time to lean on the experts for recommendations on activities that everyone in the household can enjoy this Thanksgiving. 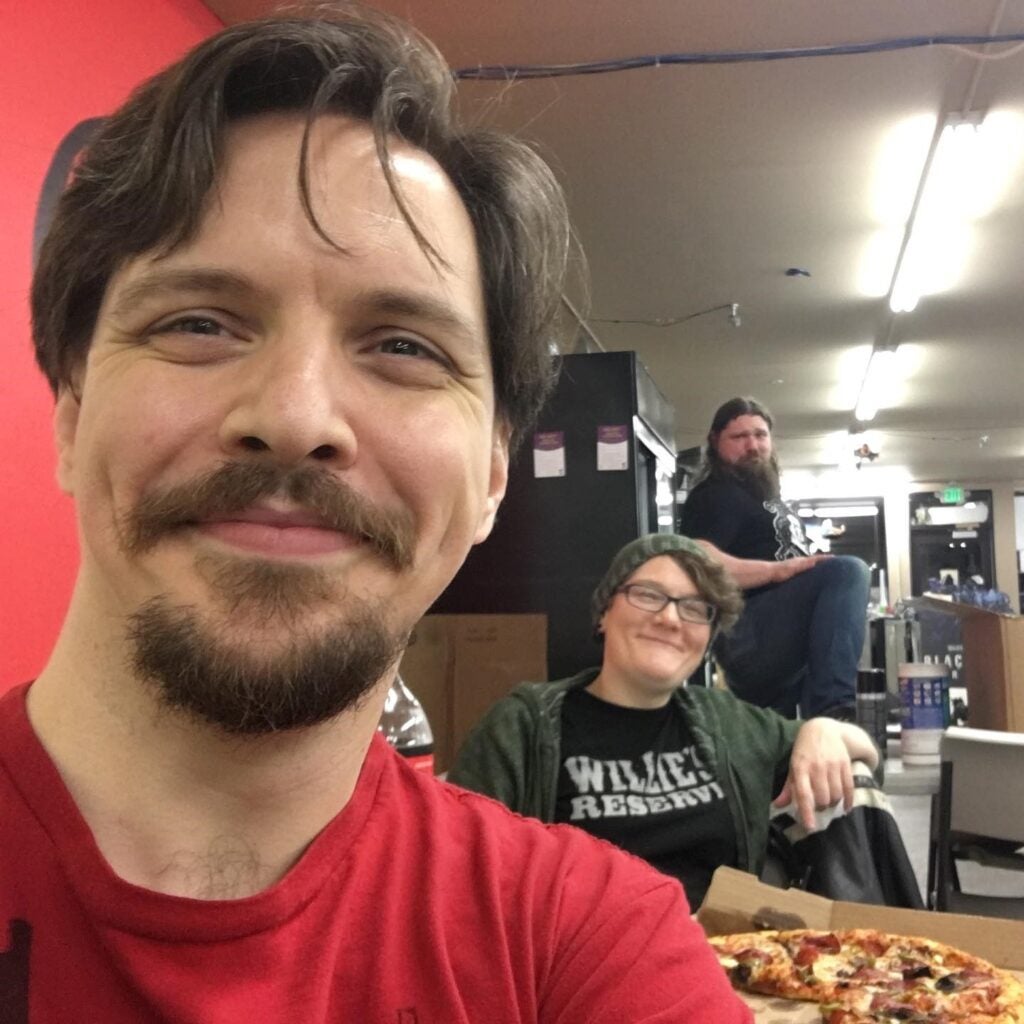 Catan: 25th Anniversary Edition: This is a game for 2-6 players and one of our favorite board games of all time. It is easy to learn, and no two games will be the same as this game has a random set up!

Lord of the Rings Board Game: Reprinted in celebration of their anniversary, the Lord of the Rings board game lets you and your fellowship escort the one ring of power to Mount Doom and free Middle Earth from the shadow of Sauron! Fun for everyone!

Here to Slay: A 2-6 player fantasy card game that is imaginative and refreshing. Players assemble a full party of heroes to slay dangerous monsters and build a good team! Be sure to read the rules carefully and this game will be very rewarding!

Castle Panic: A cooperative tower defense game where you and your friends defend your castle from wave after wave of marauding orcs. Fast paced and fun to learn this game will keep the evening lively and everyone having a great time!

Ticket to Ride: Build the greatest railroad empire across a multitude of landscapes and continents! Ticket to Ride can be learned in 3 minutes providing players with intense strategic and tactical decisions at every turn. Lot of expansions and a fan favorite.

Editor’s note: Terracrux Games is right downtown and packed with helpful staff and more games than even this quarantined way of life has hours in the day for. Send them some love on social media, pick up a couple games, and safely pass the time turning your housemates into competitors, if only for the moment.