Rainiers baseball. The 4th of July barbecue. So many birthdays and weddings. Now…Thanksgiving.

Let’s just come out and say it… your regular Turkey Day gathering has been canceled. It’s just been that kind of year, right? We respect the people that are following local health guidelines and still trying to make the holidays happen this year, but at the end of the day, staying home and isolating is the absolute sure-fire safest option.

While we recognize that this year has been a test for all of us, moving forward in a spirit of thankfulness for all that we have is still so important. Just because you’re riding solo on the one holiday that’s all about huddling in mass around the carcass of a land locked bird doesn’t mean you can’t make it fun and memorable. As always, your family at Cheney Stadium aren’t going to leave you in the lurch.

Welcome to Thanksgiving at R House, and this time it’s a party of one.

Now, in past installments of this series, we’ve already covered wine and cocktails to pair with new Thanksgiving traditions and shared recipes, words of inspiration, and after dinner entertainment recommendations. Then we sourced some of Tacoma’s coolest clothing shops on the do’s and don’t’s of holiday fashion and worked to help you fill in the intangible cracks of a holiday experience through music, merriment, and mood.

For this installment, it’s all about you. We’ve worked hard scheduling your solo Thanksgiving mission to the minute, ensuring it’s a special one you’ll never forget. We’ll lean on some of the knowledge we’ve learned as this month has gone on, but lean into our better, and yes, slightly bitter judgement in curating your quest from sunup to sundown.

6:00 AM? In this economy? We’re just pulling your leg, turkey. While the televised Thanksgiving Day Parade starts now in New York, there’s absolutely no way you’re waking up at this unholy hour on your special day.

Head back to sleep, pilgrim. Let your body tell you when it’s ready to rise.

Okay, now that you’re really really up, it’s time to throw on a pot of coffee and seize the morning.

You already missed the parade, but you know what? Like most traditions in 2020, it was probably awkward. Your best bet is to wrap a blanket around yourself, sip on some joe, and watch balloon fails from year’s past. Isn’t that the carnage we all come and hope to see each year anyway? There are tons of videos of busted Barney the Dinosaur’s and crashing Cat in the Hat’s to gawk at, but we’re particularly fond of this 1993 video of the early demise of a brand-new Sonic the Hedgehog float.

Besides the fact that they get to read the files on alien invasions and fly on Air Force One, everyone knows the coolest thing the President of the United States gets to do is pardon a turkey on Thanksgiving.

Now, unless you’re sitting in the Oval Office right now, you aren’t the president. No matter.

This bizarre day calls for some executive action either way. Bundle and mask up to head to the store. Fred Meyer in Central Tacoma is the perfect spot for this mission. Now, we know the stores are going to be a mess, but you already know what you’re looking for. Charge into that store with the resolve of Teddy Roosevelt’s scope set on a water buffalo and nab the cheapest bagged turkey possible. We don’t care if it’s the last turkey in Tacoma. Just do it. 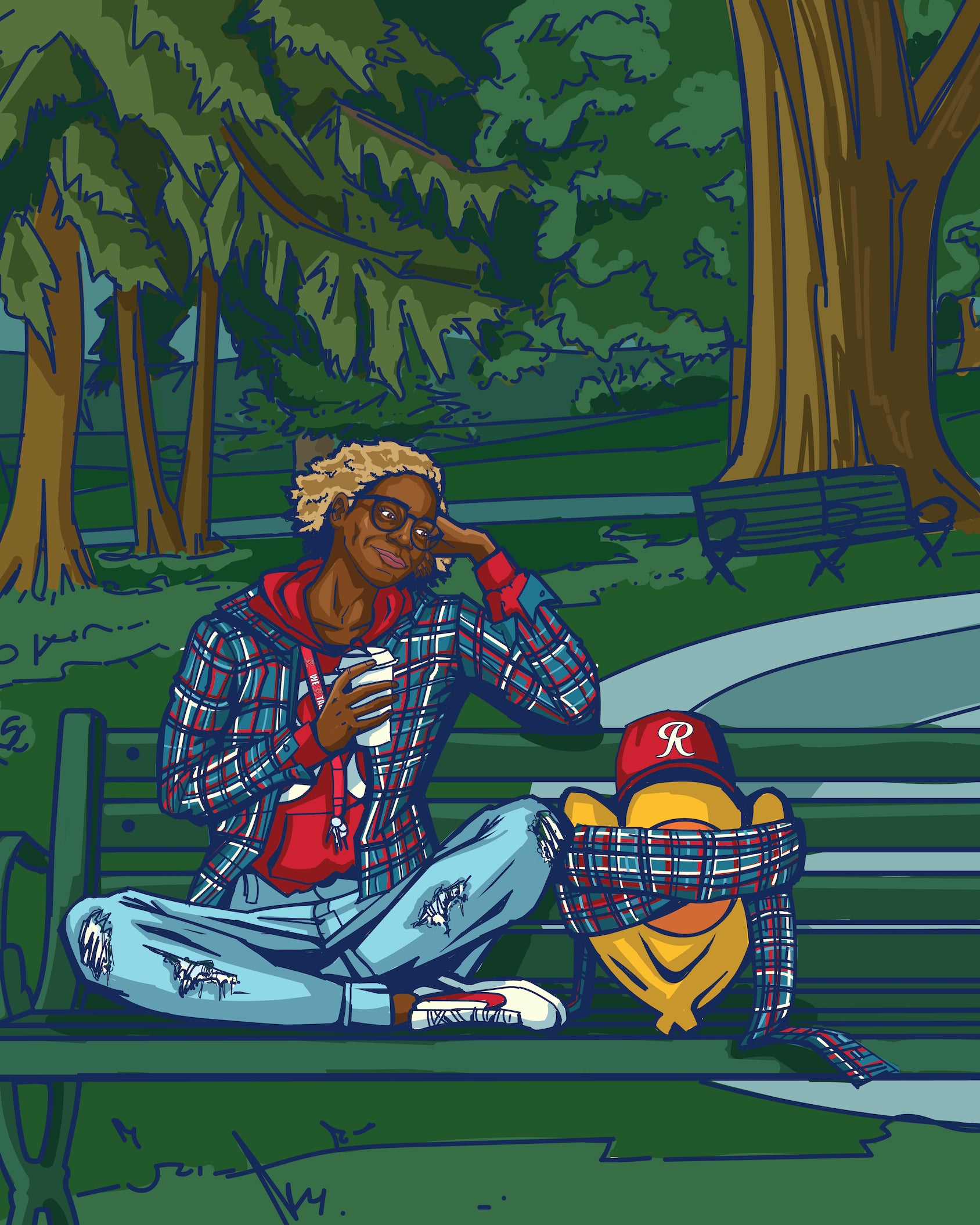 Buy it, give it a name…maybe even a hat and scarf, and take this newly freed bird to the park (Wright Park, for example) for one last hurrah. You just pardoned a turkey, and for this one little moment, you’re not really alone on Thanksgiving, are you?

The old saying “It’s 5 o’ clock somewhere” is a moot point on holidays. Especially ones spent alone in the middle of a pandemic. If you don’t have any sauce in the house, it’s time to change that.

We’d highly recommend any of the cocktail recipes Abraham from 1022 South J kindly shared in the boozy installment of this month’s series, but at this point you shouldn’t be picky. There’s still a lot of time to kill on the clock, so pour a stiff one and hit the hay for a couple hours. We’ll see you on the other side.

We’ve sent you outdoors quite a bit today, but the weather’s supposed to be clear and nothing feeds the solo soul like a little nature walk. Odds are if you’re reading this you’ve been to Cheney Stadium, but have you ever been to Snake Lake right across the street? We promise there’s no snakes there. At least dangerous ones. All we’ve ever seen there is beautiful forest that’s dead quiet and almost always completely empty. 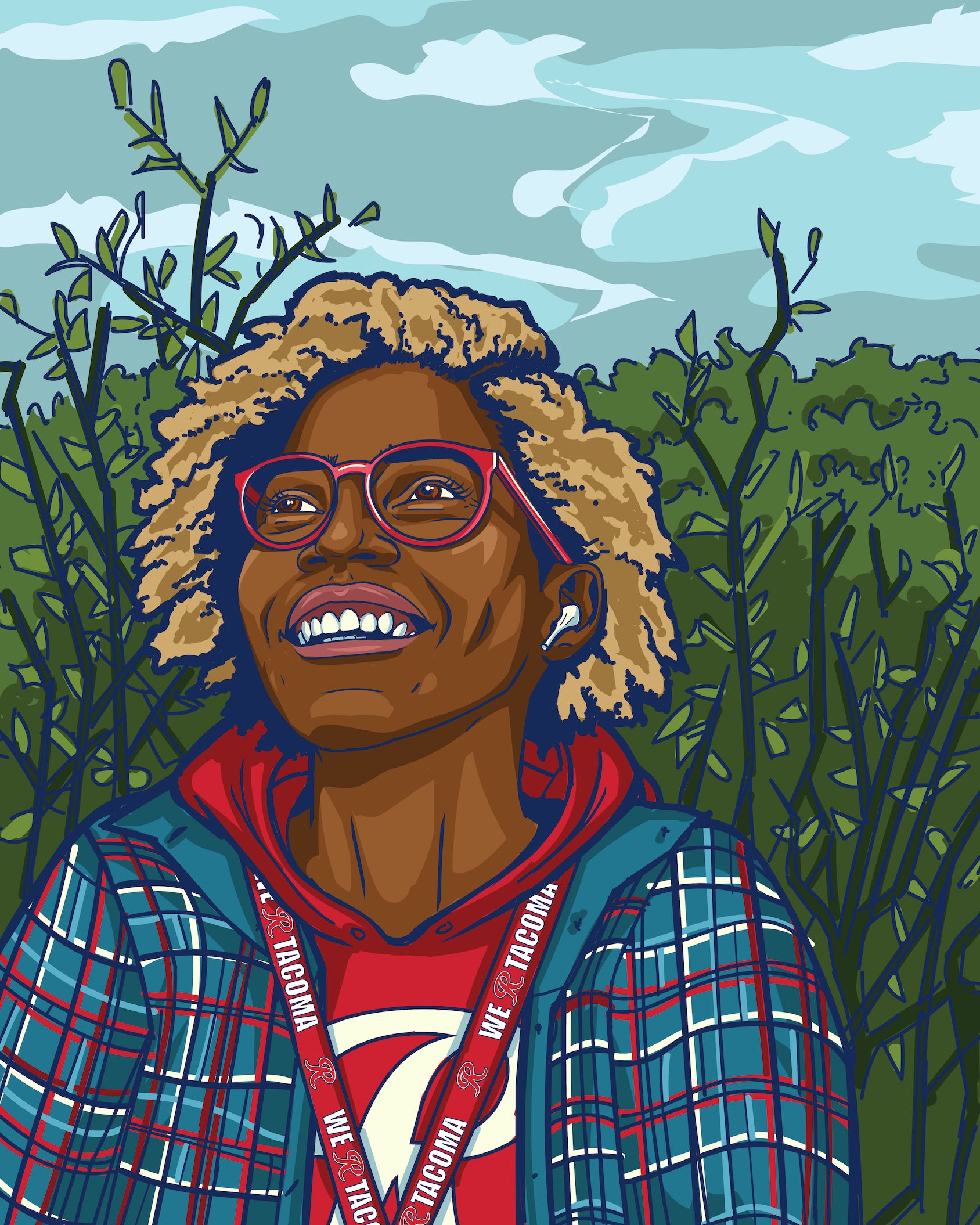 If you’ve never been, well today’s the day. Grab your headphones, fire up this Thanksgiving Day playlist made by our friends at Hi-Voltage Records, turkey trot your way around the serene green confines of one of Tacoma’s low-key best nature trails and count your freaking blessings. Life is good.

It goes without saying that you’re probably not spending Thanksgiving alone by choice. You’re just doing the right thing. That means there’s more than likely one to ten different Facetime/Zoom/Teams calls you could make right now, but who’s got time for that?

Identify the top two absolutely must calls and take the plunge. Pour another drink, dial them up, make your presence known, and when you’ve had enough…claim technical difficulty. Bad service. Choppy connection. Whatever your angle, it’s not like anybody’s around to call you out for it.

Now, you’ll notice this day has been devoid of American football to this point, and that’s not an oversight or comment on the value of sport to a quality Thanksgiving. All we’re saying is, the two games couldn’t be worse matchups, and we’ve been doing other more valuable things in the lead up to the best game on the holiday docket. 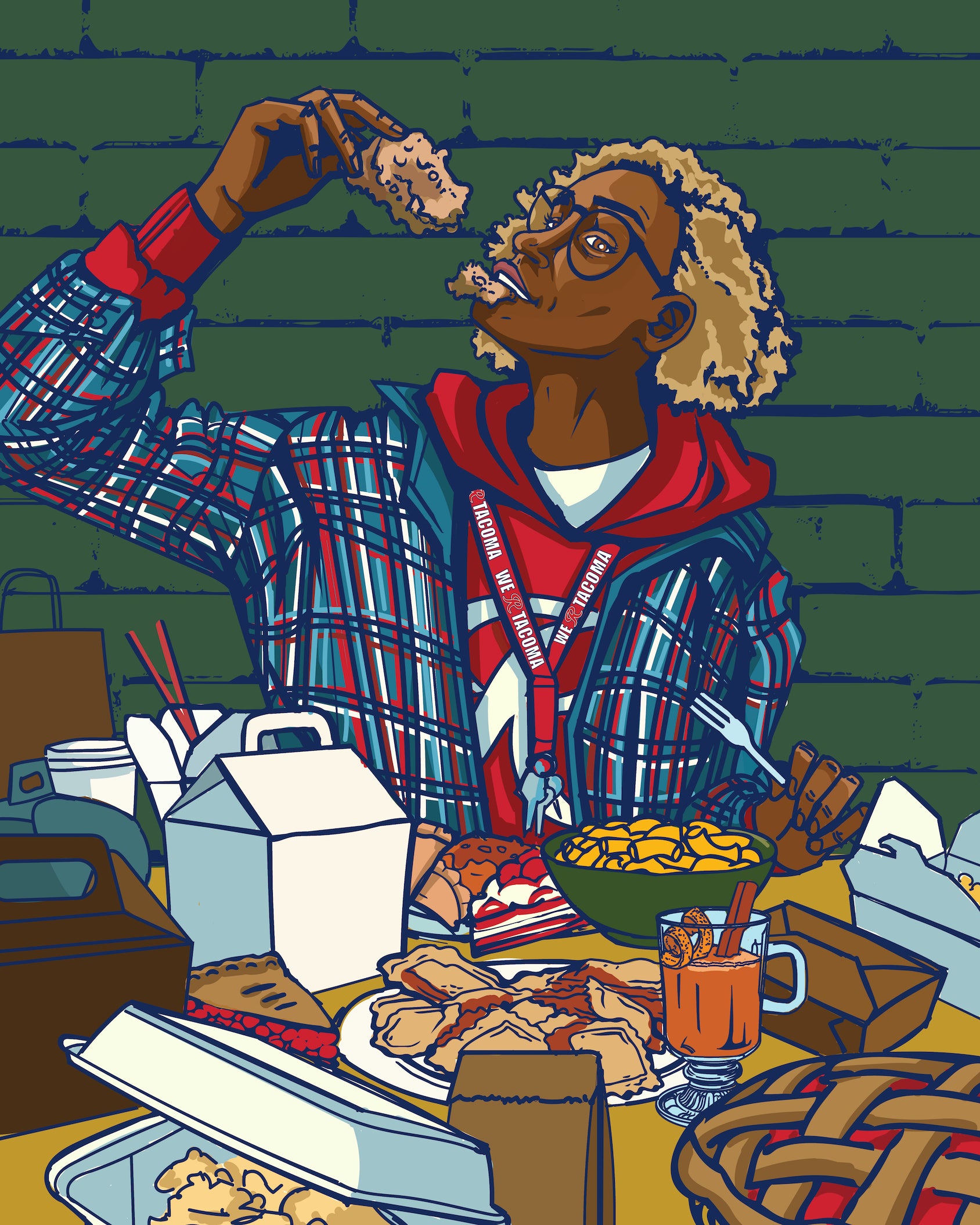 Call up our friends at Royal Thai in Fircrest and place an order for pickup. Trust us, we’ve done the research, and this might be the only open spot you’re getting takeout from in the whole city. Make sure it’s a haul of food worthy of this gluttonous day (thinking three entrees, two appetizers, and a dessert for eating first at the minimum.) Remember to tip fat.

Pick it up, and prepare yourself to feast while watching rivalry football, as the

(Editor’s note: Since posting, this game has been canceled out of an abundance of caution. If you really need your football fix, check out this compilation of Football Funnies from 1991)

With only crumbs of your Thanksgiving feast remaining, it’s time to change into some pajama pants (bonus points if you’ve been wearing them this whole time), pour the one more night cap and slink into something appropriately transitional to the next holiday you may or may not be spending alone.

That’s right, it’s now officially time for Christmas, and Thanksgiving’s always a great time to put on the first festive flick of the season. Sure, you could put on one of the five remakes of The Grinch or Jingle All the Way, but in this house, we watch real Christmas movies, and the top of that sacred list belongs to one film, and one film only.

Before you say anything in favor of a single other film, just watch this clip of these adorable caroling monsters and tell us you’re not touched by the holiday spirit in a way only gross pointy puppets from 1984 could muster.

Instincts might tell you to watch Elf. Maybe even something with Charlie Brown and Snoopy in it.

You’re an individual with taste. Go with Gremlins.