Taylor Trammell knows it. His first Major League experience didn’t go as planned. But he also knows that all players go through highs and lows, and that nobody – especially on a baseball diamond – has 100 percent success, 100 percent of the time.

“You will get slapped in the face.”

It doesn’t get more brutally honest than that, but that’s exactly how the Tacoma Rainiers outfielder describes those humbling moments.

“There is not a single person playing Major League Baseball who has not gone through a stretch where they had not been their best.” 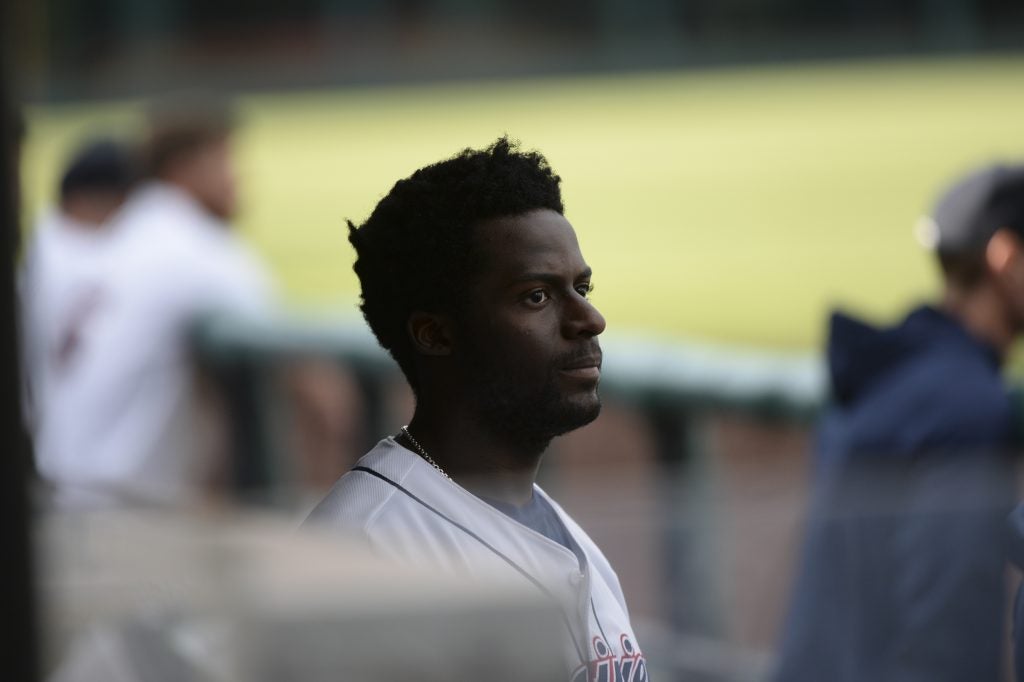 When Trammell got the proverbial smack to the jaw, it came at a time when everyone was watching: his Major League debut. In 27 games with the Seattle Mariners, the 23-year-old didn’t see the results at the plate that he wanted. He hit .157 and struck out 41 times. He did club 4 home runs, drove in 11 and swiped a couple bases, but the M’s decided some time in Triple-A would help Trammell reset and work out the kinks.

Putting it in Perspective

Even though the organization made the move because they’re rooting for his long term success, that doesn’t mean he has to be thrilled about being optioned.

“It’s bittersweet,” Trammell said. “I do have a chip on my shoulder now because of how everything went down. I was a little bit upset. This is my job, so obviously I want to perform to the highest ability that I can. I was like, “dang it. This kinda stinks.””

Like a professional, though, Trammell took the move in stride.

“I told myself I can do one of two things. I can come to Tacoma and I can sulk, be sad, pout, moan, complain, or I can have fun. I can understand what I need to do and execute it. And go out there and try to win.”

That last point, winning ballgames, can be tough to remember when you’re optioned by the big league club. You’re playing with guys who you don’t know, and you’ve been tasked with improving your game, not necessarily the Triple-A club’s. But success is only fun when it’s shared, and Trammell has found real value in putting tallies in Tacoma’s win column. 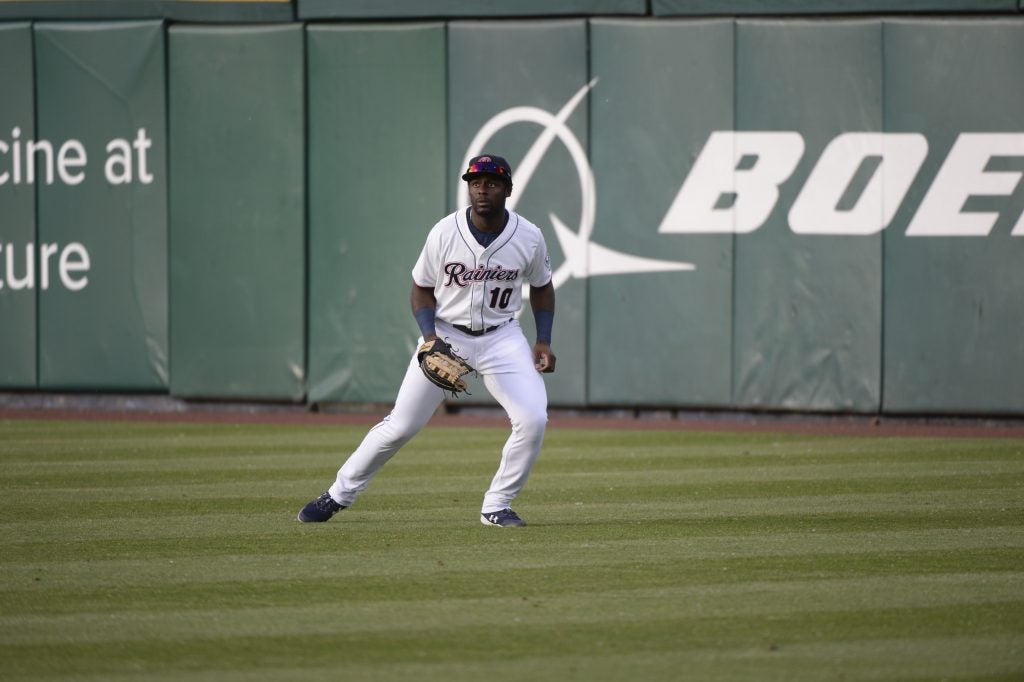 The truth is, any player who makes it to the Majors has the tools to be there. You don’t accidentally become one of the best players in the world. So, for the Powder Springs, GA native, it wasn’t about coming to Tacoma and re-creating his swing or changing who he is as a player. Instead, it was about finding the consistency in his routine that got him to The Show, and reminding himself why he pursued a career in this business to begin with.

“Having fun. Remembering why I play this game. Not for fame and fortune. Just to have fun and be the best person I can be every single day. Everybody’s human. When you don’t see things working out, you try to fix it and do all this other stuff. There are times when you really do just forget to have fun while you’re playing a game.”

When Trammell was sent to Salt Lake City to join the Rainiers for the start of their series against the Bees on May 13, the switch flipped. Immediately, Trammell was showing off the skill that landed him on all the top-100 prospect lists.

He went 4-for-5 with a home run and 4 RBI in his Triple-A debut. Yes, his Triple-A debut. Trammell, who hadn’t played in an official game since 2019 with Double-A Amarillo in the San Diego Padres system, made the jump straight to the Majors in 2021. A tough task that gives context to his struggles in fewer than 100 MLB plate appearances.

His May 13 performance wasn’t a fluke. He bounced back with a 2-for-4 effort, then another 3-hit game with a home run, and another. Before the team returned from Utah, Trammell was the hottest hitter in pro ball, batting .577 with 4 HR and 14 RBI.

“The first week caught me off guard a little bit,” Trammell said. “It was the last game in Salt Lake and guys were saying, “dude, you’re bangin’,” and I’m like, “I’m just putting good swings on the ball. That’s all I’m trying to do.” I looked up at the scoreboard and the numbers were something ridiculous and I was like “….what the heck?!””

But it’s Salt Lake. Short porch, high elevation… surely he’d come back down to Earth when the team got back to Tacoma, right?

Nope. Trammell hit safely in the next four games too, including a 4-for-4 game on May 23 that extended his hitting streak to 10 games and improved his average back over .500. All that culminated into being named the Triple-A West Player of the Week for May 17-23.

On May 27, Taylor Trammell led the Triple-A West in average, OBP and OPS. (Jeff Halstead)

“It’s easy to get a big head as well,” Trammell said. “After the game I went 4-for-4 I was feeling good. But I told myself, “nope. Stop, stop, stop.” Then I asked myself, “was your process good? Were the ABs what you wanted them to be? Did you execute what you were trying to do?” And if I can say yeah, then it’s a great day. I can highlight that day and go back to it and say ‘ok, now let’s execute today.’”

And he’s been executing. A lot. Like, non-stop, best in the league execution. But Trammell learned his lesson when he lost sight of having fun and embracing his routine with the Mariners. Even in one of the best stretches of his career, it’s important to take things one day at a time.

“I’m very excited for the accomplishments for the first 10 days I’ve been here, but I understand that this game will humble you. I’m not trying to get up here [gestures to the sky] or ride the lows. I’m honestly just… I’m happy.”

His radiating happiness and energy has made Trammell a joy to watch at every level, and makes him one of the most likeable guys in every clubhouse. His positivity and willingness to help others followed him to Tacoma, even in a time that could have defeated him.

“Even if I’m upset or mad I’m still going to be Taylor. That’s instilled in me. I want to be there for people. When someone is going through some stuff I want people to point to me and say ‘Tramm is over there. Just go talk to him.’ Helping out a teammate who’s having a tough time on and off the field or helping a young guy reach his full potential. That’s what I like to do. ”

The game of baseball slapped Taylor Trammell in the face. Hard. And it knocked him to Tacoma, challenging him to fight back. He got up, dusted off his jersey, and smacked back. And he’s done it with a smile on his face.

Questions regarding season tickets can be directed to Tickets@WeRTacoma.com.