The Tacoma Rainiers outfielder has homered in each of the first two games of the current series, continuing his run of success in this ballpark. He has now played in eight games in his career at Salt Lake, and he has homered in six of them.

Tuesday was his first game at his personal happy place since early in the 2021 season, and he greeted it like a long lost friend, blasting the first pitch of the game 443 feet for a home run. Yesterday he was slower to get started, not homering until the ninth inning, but he still enjoyed another scenic tour of the Salt Lake City bases.

Next up: we need a banner guy to take down Trouty, and replace him with Trammell. 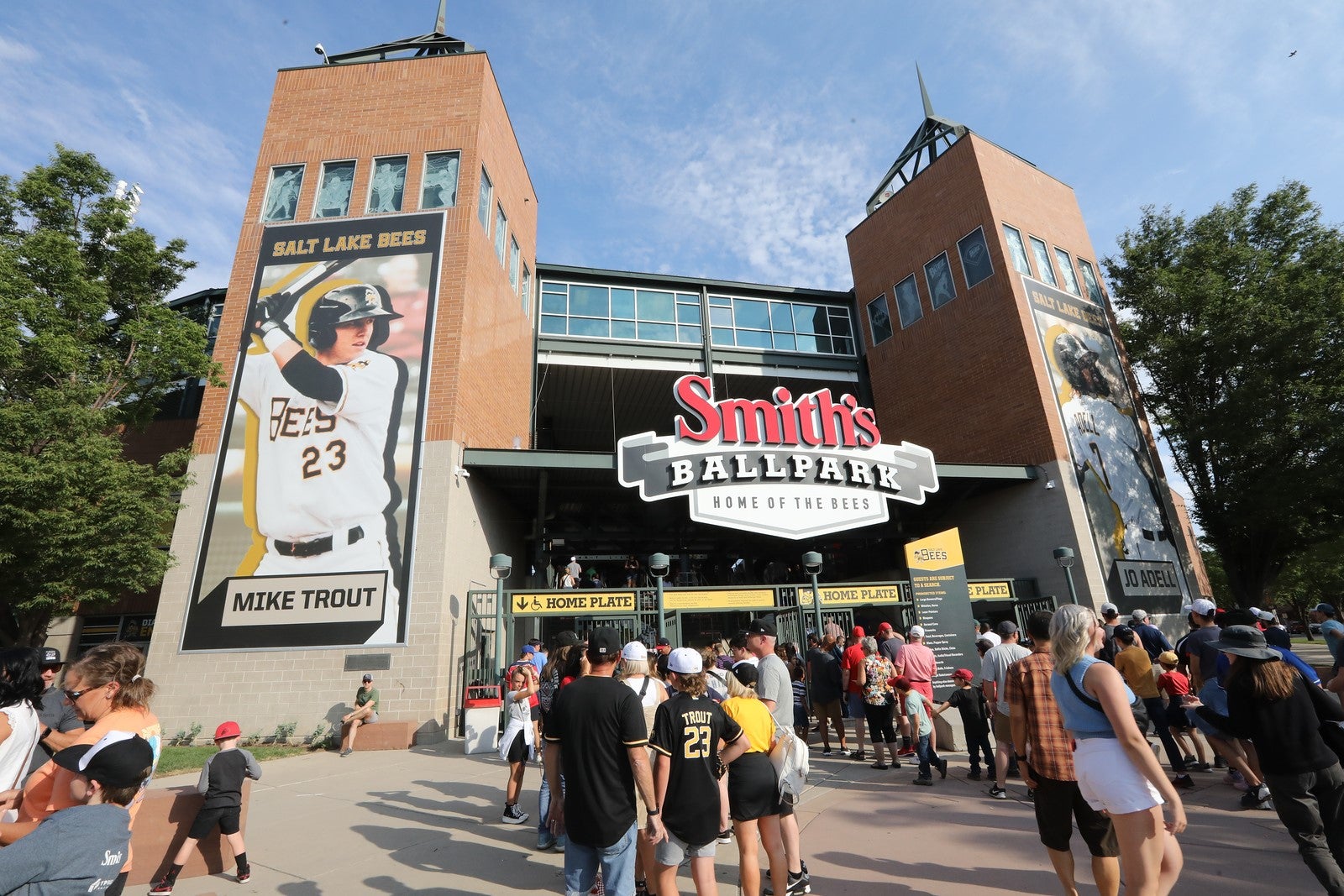 YESTERDAY: Salt Lake cracked 17 hits, including five in a row with two outs in the first inning, and rolled to a 9-3 win over Tacoma on Wednesday night to even the series, 1-1. The Rainiers had 11 hits of their own, but didn’t string them together like the Bees did. Derek Hill and Taylor Trammell hit solo homers for Tacoma. The game was played after a 1 hour, 9 minute rain delay prior to first pitch.

Jake E. Lee (born Jakey Lou Williams, February 15, 1957) is an American guitarist signed to Frontiers Records. He is best known for playing with Ozzy Osbourne between 1982 and 1987.

ROSTER MOVES: Left-handed reliever Anthony Banda opted out of his contract and became a free agent. He pitched in just four games for Tacoma and allowed one run in four innings.

OPPONENT NEWS: Salt Lake has returned home from Reno, where the Bees lost four of six games including the last three in a row… Matt Thaiss has a six-game hitting streak, and he has reached base in 16 straight games… Salt Lake has former Rainiers Dillon Thomas, Mike Ford, Jonathan Aro, and Brian Moran… Federal Way native Janson Junk is still with the Bees.

BROADCAST: All games will be broadcast free on a live audio stream which is available right here.

Unfortunately, there is no traditional terrestrial radio station carrying the games at this time.