When Cheney Stadium finally opened its gates for Opening Day 1960 after back-to-back rainouts, the South Sound citizens who flooded the brand new 8,000 capacity stadium would have to wait even longer to see the man of the hour, and the first victory in Tacoma Giants history. The Giants dropped game one of a doubleheader to the Portland Beavers. The nightcap saw a 22-year-old right-hander take the mound for the hometown Giants. The young pitcher, making his pro debut, had a dramatic windup with a high-swinging leg kick. A turn of his back revealed the big block digits “21” as the PA announcer introduced Tacoma’s starting pitcher – Juan Marichal.

Marichal’s time in Tacoma was brief — about half of the 1960 season. Immediately after his Major League call-up, a position player who was slumping with the big league club in San Francisco was sent to Tacoma to work out the kinks in his swing. He buttoned up the same No. 21 jersey that Marichal wore, but he played first base, and went by the name Willie McCovey.

Read R Rushmore: The Best Players to Put on a Tacoma Jersey

Even with a pair of Hall of Famers spending time in the clubhouse that inaugural season, it wasn’t until a year later when the Tacoma Giants became the best in the Pacific Coast League. Of course, even without Marichal and Willie McCovey in the dugout, the 1961 Giants were led by a household name and another future legend – Gaylord Perry.

Two seasons. Three future Hall of Famers. But it didn’t stop there. Take a look at the best players in today’s game. Many of them have never sniffed the World Series. It takes a team to win in baseball, and these all-timers were surrounded by a group of guys fit to win 97 games and the PCL title in 1961. So, how good were the Tacoma Giants who graced Cheney Stadium in its earliest years? 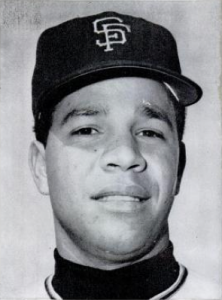 “The Dominican Dandy” debuts for the Tacoma Giants

Marichal and the boys humbled Portland in game two, splitting the twin bill with an 11-0 rout. It was the first of just 18 games that the future 10-time MLB All-Star would pitch for the Giants. Of those 18 outings, 12 were complete games, he went 11-5 and posted a 3.11 ERA. In 139 innings, “The Dominican Dandy” struck out 121 and walked only 39.

San Francisco quickly called Marichal to the big stage on July 19. He pitched a one-hitter against the Phillies in his debut. The legend had officially arrived. 16 Major League seasons and an ERA title later, Marichal was certainly deserving of his 1983 welcoming into the Hall of Fame.

Big Mac in the Little City

Just one day before Marichal’s one-hit gem, Willie McCovey made his Tacoma Giants debut. The 22-year-old was coming off a historic Rookie of the Year season with San Francisco in 1959, but fell victim to the dreaded sophomore slump. McCovey hit under the Mendoza Line (.200) for over a month. San Fran unexpectedly sent the young star to Tacoma to figure it out.

It didn’t take long. The Giants had a 21-game homestand (what?), and McCovey showed the Giants everything they needed to see. San Francisco recalled him, and Giants fans know the rest. He made six All-Star teams, won an MVP, and was solidified with a 1986 induction into the Hall.

The Giants went 81-73 in that inaugural campaign, leading the PCL in attendance (270,024). Dusty Rhodes, who hit a pinch-hit walk-off home run in Game 1 of the 1954 World Series, led the club with 23 home runs that year. Already a well-traveled veteran by the 60s, Dusty literally nailed his cleats to the Cheney Stadium clubhouse ceiling and called it a career at the end of the 1962 season. 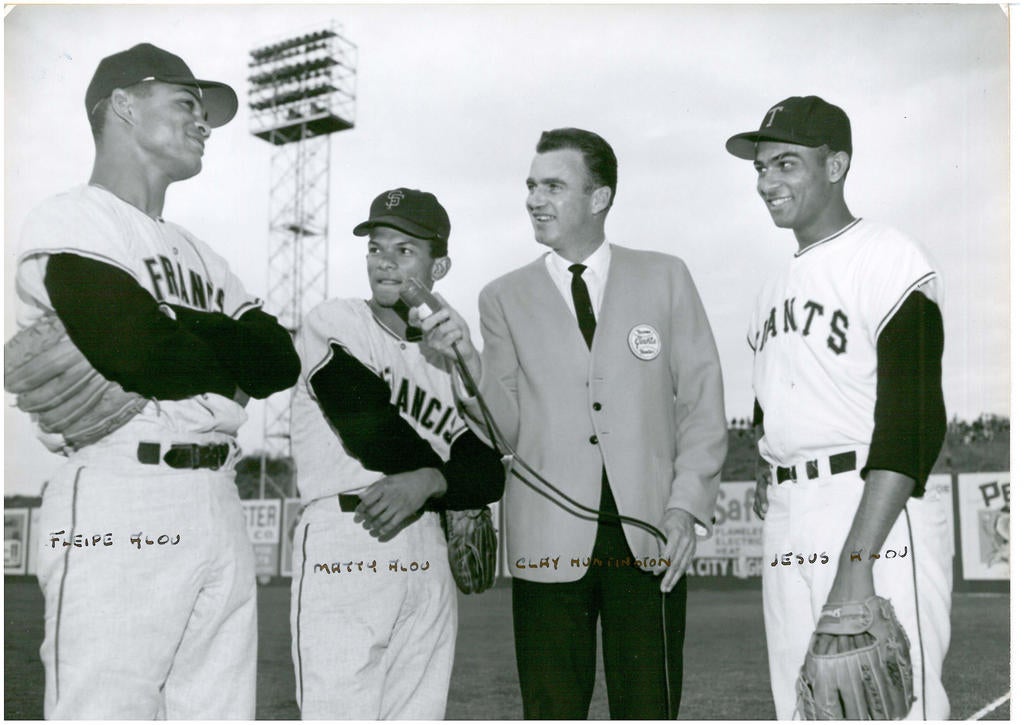 Marichal had a reliable centerfielder patrolling the huge Cheney Stadium outfield that year – Matty Alou. Also just 22, the future two-time All-Star and World Series champ hit .306 with 14 home runs before a September call-up. The left-handed on-base machine also made a brief rehab stint in Tacoma in 1963. During that time, he played alongside his brother, Jesús. The brothers were in San Francisco before the end of the regular season.

The Best Player on the Best Team 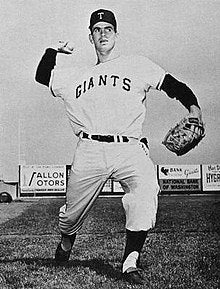 Gaylord Perry made 1 appearance with Tacoma in 1960 and again in 1963, but it was the two years in between that make him arguably the greatest player to ever put on a Tacoma uniform. From the ages 21 to 24, Perry pitched 23 complete games for the Giants, a franchise record that still stands today. He won 16 games and had a 2.55 ERA in 1961, accounting for 33 appearances in the championship season. The following year, he won 10 games and boasted a 2.48 ERA.

Perry had stints with San Francisco during those two full seasons, but didn’t see the results he or the front office were looking for. It wasn’t until 1964, when the Major League club threw him out there for 44 times that the North Carolina native showed what he could really do.

Two years later he was an All-Star. Eight years later he won his first of two Cy Young awards. When he retired at 44 in 1983, Perry had spent over half of his life in professional baseball. He amassed 314 wins in the Majors, making him a shoe-in for the Hall of Fame in 1991.

Perry’s 16 wins in 1961 were impressive, but what’s more impressive is he was matched by Ron Herbel. Herbel didn’t have the success Perry did, but he did match him win-for-win in that historic campaign. He spent his final years in Tacoma and was buried in Mountain View Memorial Park following his death in 2000.

With two great pitchers in the rotation, it’s almost unfair that the league MVP was in the lineup every night too. Dick Phillips lead the team with 98 RBI, he walked 94 times and struck out just 55 times. He was a rover who could play every single infield and outfield position, and he did that in 1961 as he took home some extra hardware with the Most Valuable Player honors. 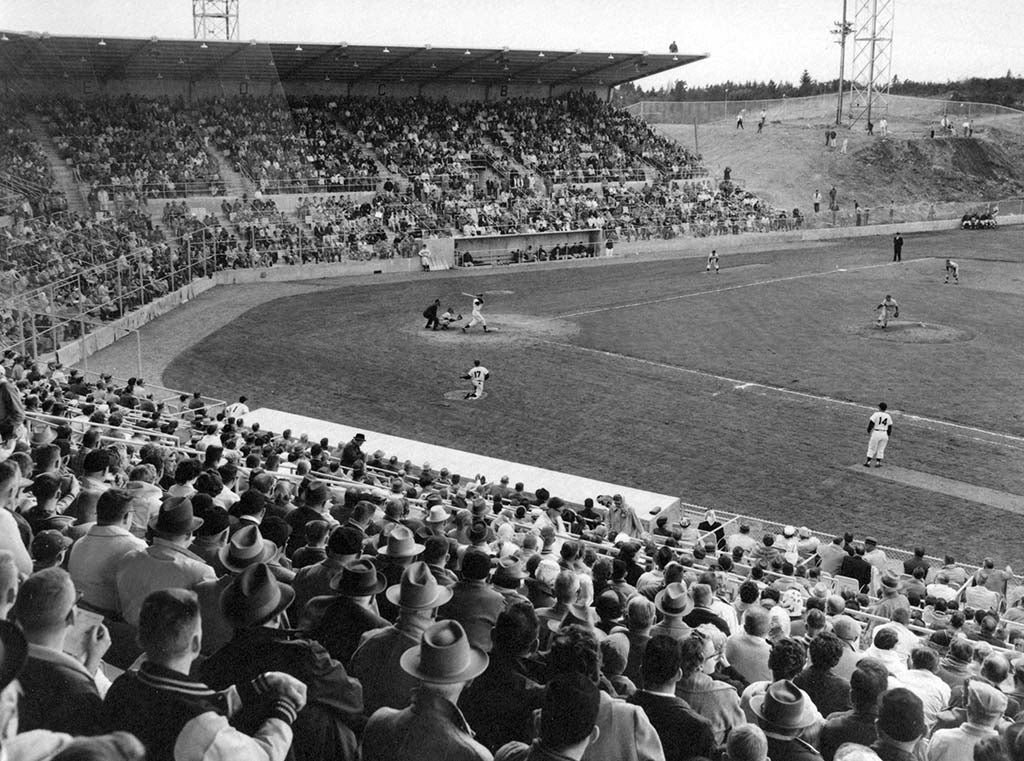 The 1961 Tacoma Giants went 97-57, still Tacoma’s best single season record since Cheney Stadium was built. Gaylord Perry and company brought a PCL title home to Ben Cheney for the first time. That season truly made them one of the best teams to ever play in the PCL.

It’s Not Always in the Numbers

Tacoma won another title in 1969, but that wasn’t until 4 years after the end of the Giants affiliation. The team was chockfull of Chicago Cubs farmhands by then.

And believe it or not, the San Francisco Giants never won a title with those three Hall of Famers. They played alongside one of the greatest to ever do it – The Kid, Willie Mays. But they never reached the mountaintop. They went all the way in 1962, but lost to the Yankees in Game 7 despite winning 103 games.

Even if it didn’t show up in World Series titles for San Francisco, there’s no denying the utter dominance of the Tacoma Giants in the 1960s. They were only around for 6 years, but might’ve composed the greatest team in minor league history.

The We R Tacoma Team Store is currently open Monday, Wednesday and Friday from 11 a.m. to 4 p.m. and is available online 24/7. Grab your Rainiers gear, your Defiance ‘fit, and follow the team store on Instagram and Twitter.