The Giants set the bar high for Tacoma in the 1960s with three Hall of Famers and a gaggle of longtime record holders. Many of the benchmarks set by Cheney Stadium’s inaugural team still stand and will likely never been broken. Some records have been cemented simply by the changes in how the game is played. Others are just so impressive, we can’t imagine them being bested. 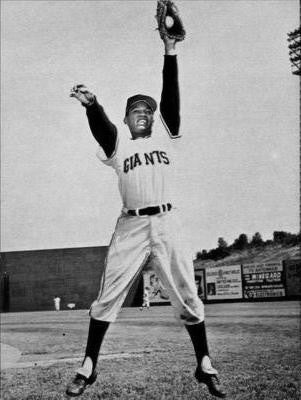 Only 13 PCL hitters scored at least 100 runs in a season in the 2010s. Tacoma Rainiers infielder Alex Liddi’s 121 runs in 2011 was league best. It’s also the Tacoma baseball franchise record (although we think it’s within reach).

So over the last 10 PCL seasons, only a baker’s dozen crossed home plate 100 times. Imagine a player doing that for three seasons in the 2020s.

To score runs, you need to get on base. And to get on base, you have to handle the stick pretty well. If a player scores 300 runs for the Rainiers in today’s game, it means he’s beyond Major League ready and won’t be around long enough to topple Garrido’s 56-year record. 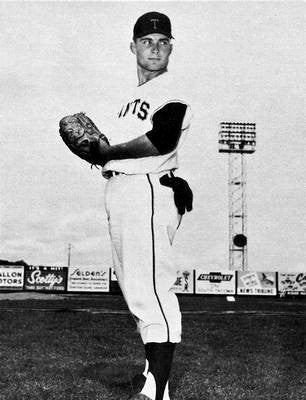 Ron Herbel spent his final years in Tacoma until his death in 2000.

Ron Herbel’s 17 complete games is not only unfathomably hard to match, modern baseball managers would never allow it. Herbel was post-dead-ball era when the game’s top pitchers were throwing every inning of nearly every game. Still, complete games weren’t ancient myths in the 60s. In 2019, the entire PCL had 14 complete games, less than what Herbel accomplished singlehandedly 56 years earlier.

The conscious effort to protect pitchers’ arms in the 21st century means we’ll likely never see a Triple-A pitcher throw more than a couple complete games in a season again. The only possible path would be for a pitcher to make a handful of 5-inning rain-shortened outings here, a bunch of seven-inning doubleheaders there. That would require a lot of unfortunate weather, so we’re content watching Herbel’s record live eternally.

This might be the most “breakable” of the “unbreakables,” but unbreakable nonetheless. Adrian Garrett was issued 16 free passes in 1971, which is 15 more than any Tacoma hitter received in 2019. He also set another Tacoma baseball record that year with 43 home runs, which is why pitchers avoided his strike zone like I-5 rush hour traffic.

Only 4 PCL hitters have been given 10 or more freebies in a season since 2000, with Yordan Alvarez (2019) and Justin Bour (2014) leading the pack with 11. The analytics are telling teams to shy away from the “IBB” with some teams altogether refusing to put runners on.

Maybe a dangerous hitter will find himself in a handful of must-walk situations. But 16 times? Not likely. At the Triple-A level, a team would rather see how its young pitcher handles facing a top dog when the pressure’s on.

It’s “breakable,” but we feel confident saying that this Tacoma baseball Hall of Famer’s 50-year record is here to stay.

For the sake of putting a Rainiers record (circa 1995) on this list, let’s go with Jesús Montero’s incredible .355 clip just 6 years ago. It’s unusual in part because, like Garrido’s runs record, you don’t typically see players stay in Triple-A with those numbers. 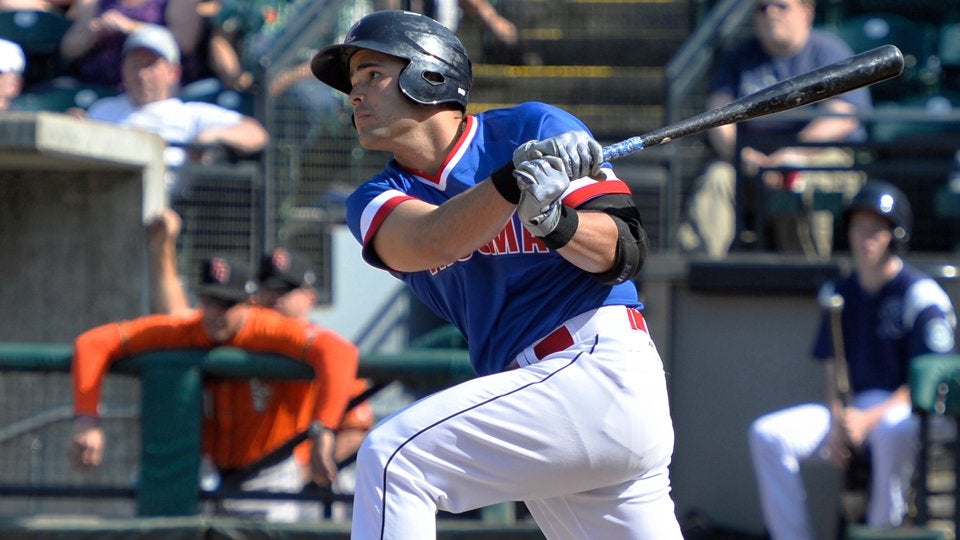 Jesus Montero went 2-for-2 and was removed from the final game of the season with the record secured.

Montero played 98 games with Tacoma in 2015, barely enough to qualify him for the leaderboards. It was the first of only two seasons (2016) that he hit over .300, so the odds were already stacked against him. But Montero finished his minor league season on an 11-game hitting streak that spanned from July 24 – Sept. 7 (with a call-up in-between), where he batted an astounding .561, which raised his average from .331 to the record-setting .355.

It’s the only time this century that a Tacoma hitter batted .326 or better, so to surpass that by nearly 30 points is overwhelmingly impressive. He narrowly edged Brian Raabe’s .352 mark that was set 18 years earlier.

Infielder Gil Garrido makes his second appearance on this list with his 18 sacrifice hits back in the Tacoma Giants 1961 PCL Championship season. This is similar to Garrett’s intentional walk record in that modern analytics have virtually decimated bunting.

The computers say bunting leads to less runs than swinging, so that’s what teams are doing. The Salt Lake Bees laid down a whopping 2 sac bunts in ’19. The Los Angeles Angels, Salt Lake’s parent club, set a Major League record with just 4 sacrifice hits that year.

It’s the way of the future, man. The art of “small ball” is another relic in baseball’s history, gone forever with any shot of topping Garrido’s 60-year-old record.