UPDATE: The Red Hot is the CHAMPION of the We R Tacoma South Sound Battle of the Bars. Please drink responsibly.

Few cities drink like Tacoma. Ambitious, goal driven, and never a place to shy from a good time, this city has a history written in permanent ink and a bottle of beer in the other hand. From Jack the Bear to Pappy Boyington, it’s no secret that some of our statesmen enjoyed a cold one or five, and with so many incredible bars in Tacoma, it all makes sense.

What we wouldn’t give to be sitting in one of our old haunts right about now. Sipping cocktails after work, tall boys on a summer afternoon, and making conversation with our fellow man and woman? Few things beat it.

Now, we know everyone’s got their favorite Tacoma bar. It’s hard to pick just one, so we opened up the conversation by having a good old-fashioned South Sound Battle of the Bars. 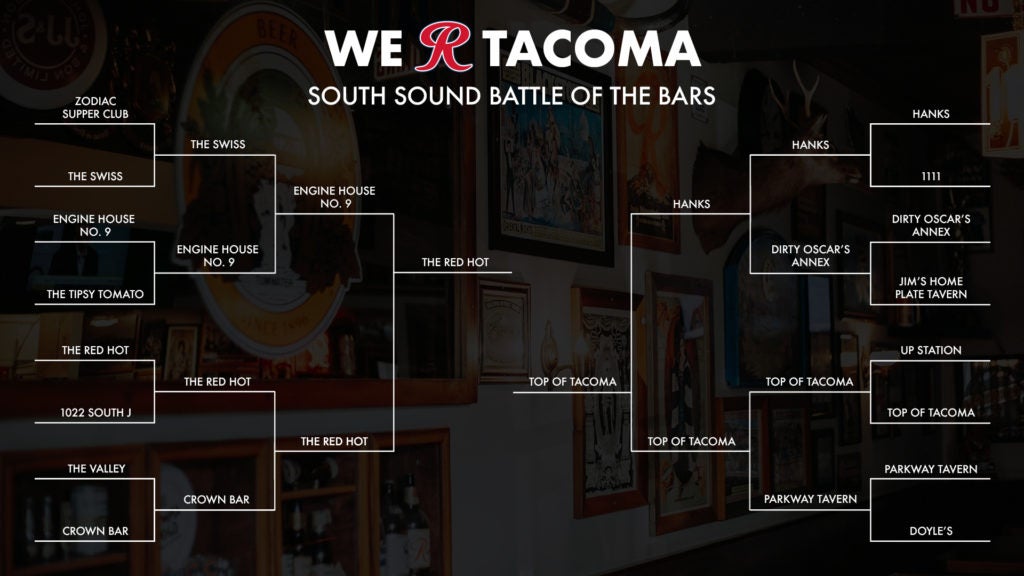 Get our take on each contender, including our champion, The Red Hot on Tacoma’s 6th Ave. Hit up the Tacoma Rainiers on Twitter, Facebook, and Instagram to tell us which bars we missed, where the voters went wrong, and how badly you miss these 16 classic cantinas:

A chosen after party spot for Cheney Stadium’s fans and employees, the deep booths and cheap drinks keep us coming back. A neighborhood spot through and through, it’s always packed with familiar faces and people enjoying delicious pizza and pretzels so satisfying they’d rival any other.

Hip as all get out and decorated like a Bangkok opium den, this Hilltop hotspot prides itself on three things: boozy/delicious cocktails, self-serving grills allowing patrons to cook their own steaks, and a youthful chic atmosphere that resembles Seattle’s Capitol Hill in the early 2000s.

The Swiss Restaurant & Pub (Round One Winner):

The Swiss permanently closed its doors in 2020 after 27 years of top notch service. Housed in a Swedish gathering hall built in 1913, this spacious spot was a down home Tacoma classic. Known for rich food that sticks to your ribs, cheap drinks, and a rockin’ concert from time to time, The Swiss making the list? A no brainer. A true community hub that had plenty of space to stretch out and have a good time.

Hilltop’s high-end dive is a South Sound staple. The dynamic twin duo Peterson Brothers set out to open a bar that would be welcoming, comfortable, and a place that would attract regulars. They achieved it all in spades. With simple, cheap drinks and some of Tacoma’s most sensational sandwiches, the neighborhood and its surroundings wouldn’t be the same without 1111. Smack dab on central 6th Avenue sits a bar rooted in South Sound history. Built in 1907 and distinctly honored as the first building in Tacoma’s history to be restored and repurposed, Engine House No. 9 lives up to such a billing with a stellar selection of beer including their own delicious microbrews. Dependable tavern food paired with delicious brews served in an iconic Tacoma location.

Dirty Oscar’s Annex (Round One Winner):

Old school bootleggers would blush stepping into this dark-lit dungeon of debauchery on 6th Avenue. Kings of the drunk brunch, sinful food, and to-die-for whiskey specials, Dirty Oscar’s Annex has a couple of speeds, but they all end in a delightful time that calls for a cab ride home.

D.O.A. made an appearance on “This Is R City” when we surveyed Tacoma for the best boozy breakfast joint.

Even on the sunniest of South Sound days, sometimes you want to slink into a dark hole, crank some pull tabs, and kick back a couple dirt cheap tallboys. This place is rooted in an atmosphere akin to a 1980s sitcom that’s name rhymes with “Beers.” Visit this dive bar one time and we guarantee you’ll never forget it. An absolute Tacoma classic.

It’s no secret we love The Red Hot. Pairing any one of their artisan hot dogs with a pick from their chalkboard of scholarly curated beers is a blessing that any South Sounder should consider sacred ceremony. We’re also fond of their shrine to Tacoma sports, including the old ‘425’ sign that was at the base of Cheney Stadium’s 29-foot-tall centerfield wall, AKA the “Great Wall of Cheney.” 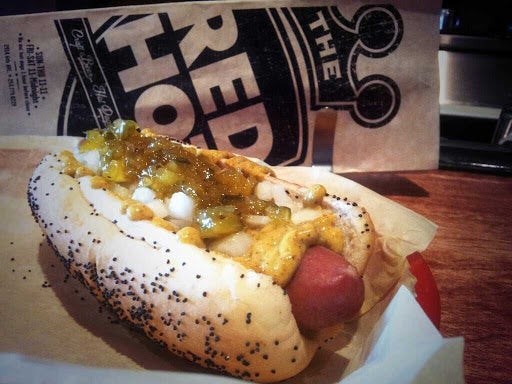 Is it even possible to have a bad time at U.P. Station? Home of nightly karaoke, this homey dive is not only University Place’s best bar, but it’s a great place to strike up a conversation with a stranger and make new friends. We love sitting out back, sipping on cheap whiskey and people watching as amateur singers tackle songs like “Piano Man” and “Raspberry Beret.”

Few places satisfy the after-work cocktail, early evening date spot quite like this Hilltop hole in the wall. Priding themselves on a first-class selection of liquors and a staff that’s not an ounce shy about talking vermouths and floral notes in fancy gins, 1022 South J is a go-to spot for the fancier side of a South Sound drinker’s palette.

Here’s another spot that we can’t imagine not having in our South Sound nightlife arsenal. Perched on a hill high over the Tacoma Dome, “The Top” is home for some of Tacoma’s best food (regardless of price point) with a bar staff that’s helpful and attentive to a patron’s mission to tie one on. Its popularity is well earned, as evidenced by how full it is at any given time of the week. 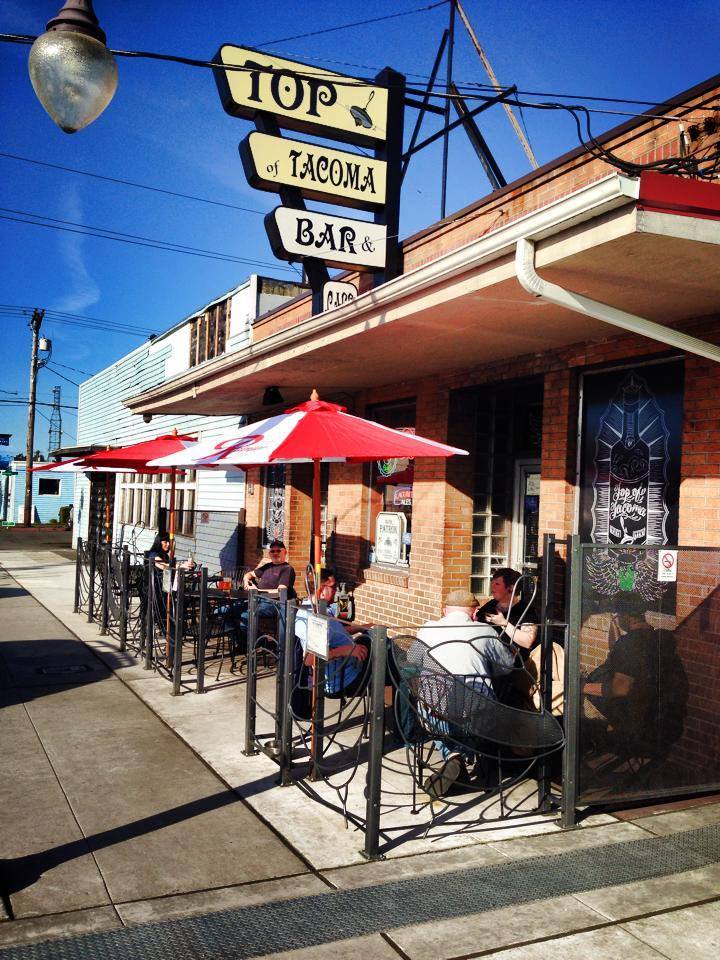 Another homerun for Tacoma’s own Peterson Brothers (shout out to Peaks and Pints). Their third of three South Sound bars is tucked tight in the Dome District and a holy grail for a knock your socks off brunch and local rock and roll shows. Simply put, this place has heart. If it’s around in thirty years, it will be considered a stately classic, and until then it’s just a knockout, All-American bar where eating and drinking for cheap is the top agenda item.

Parkway Tavern (Round One Winner):

We’d be surprised if Parkway doesn’t go deep in this tournament, and for good reason. The beer hall’s neon sign and front porch are iconic, and where Tacoma’s beer fanatics have gathered for generations. This is the spot for people of all walks in the city. With a beer selection that rivals any other and tavern food that speaks to the depths of a South Sound soul, there’s nothing but good things to say about this Stadium District stalwart. 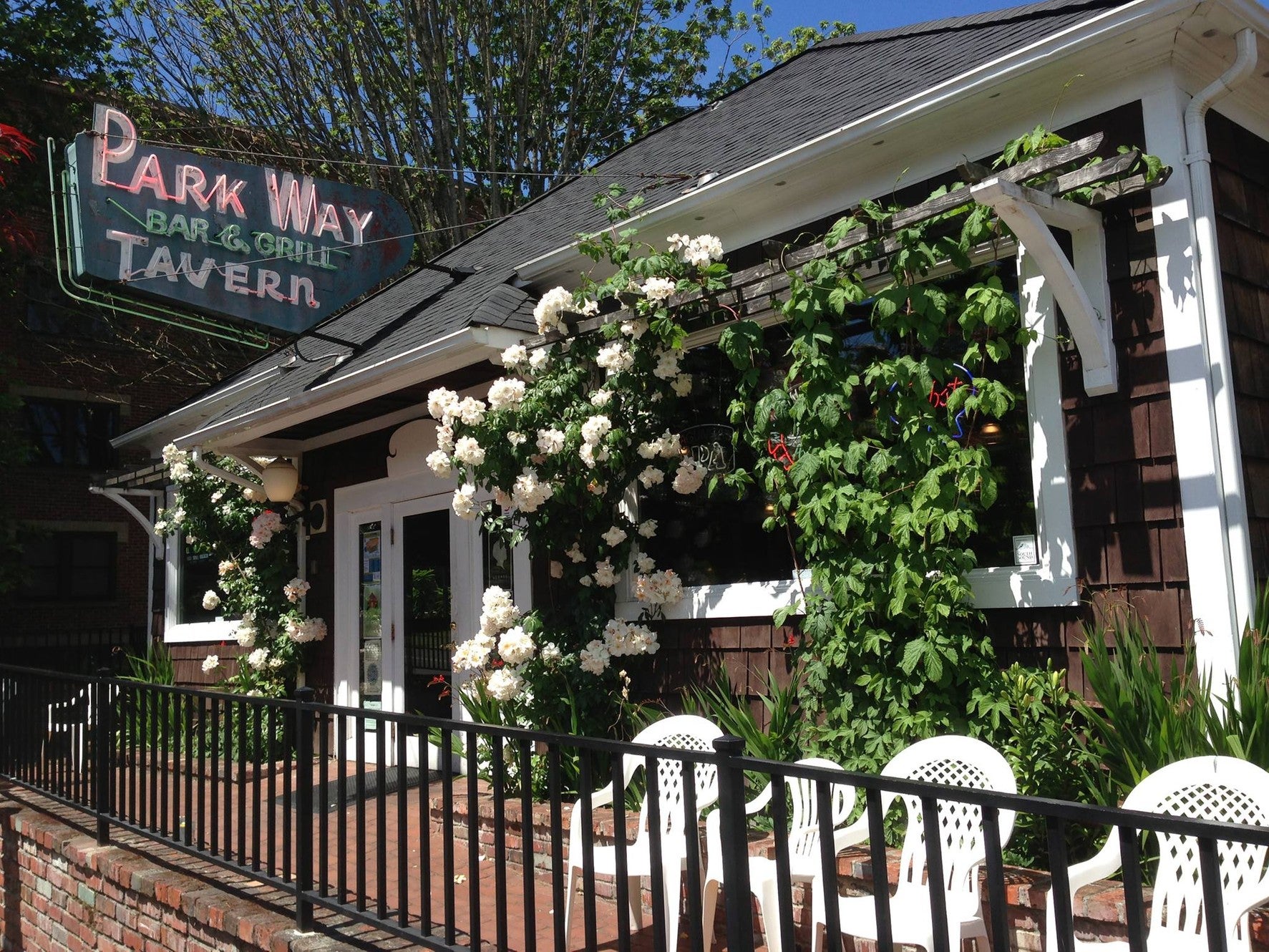 Crown Bar (Round One Winner):

This 6th Avenue cocktail bar’s got an unmistakable vibe. Every time you sit in the darkly lit confines and look at the throwback wooded bar, it feels like Friday night. Combine that with some of the friendliest bartenders in the region and heavy pours, then you’ve got a bar that’s a little classy, a little sassy, and a lot of fun.

Wedged in the armpit of Stadium District and downtown, this throwback pub’s a whiskey drinking soccer fan’s paradise. They throw the wildest St. Patrick’s Day party in all of Tacoma and there’s nowhere we’d rather watch a Liverpool match at the crack of dawn. A great place to catch a small concert and finish a bottle of Jameson between friends. 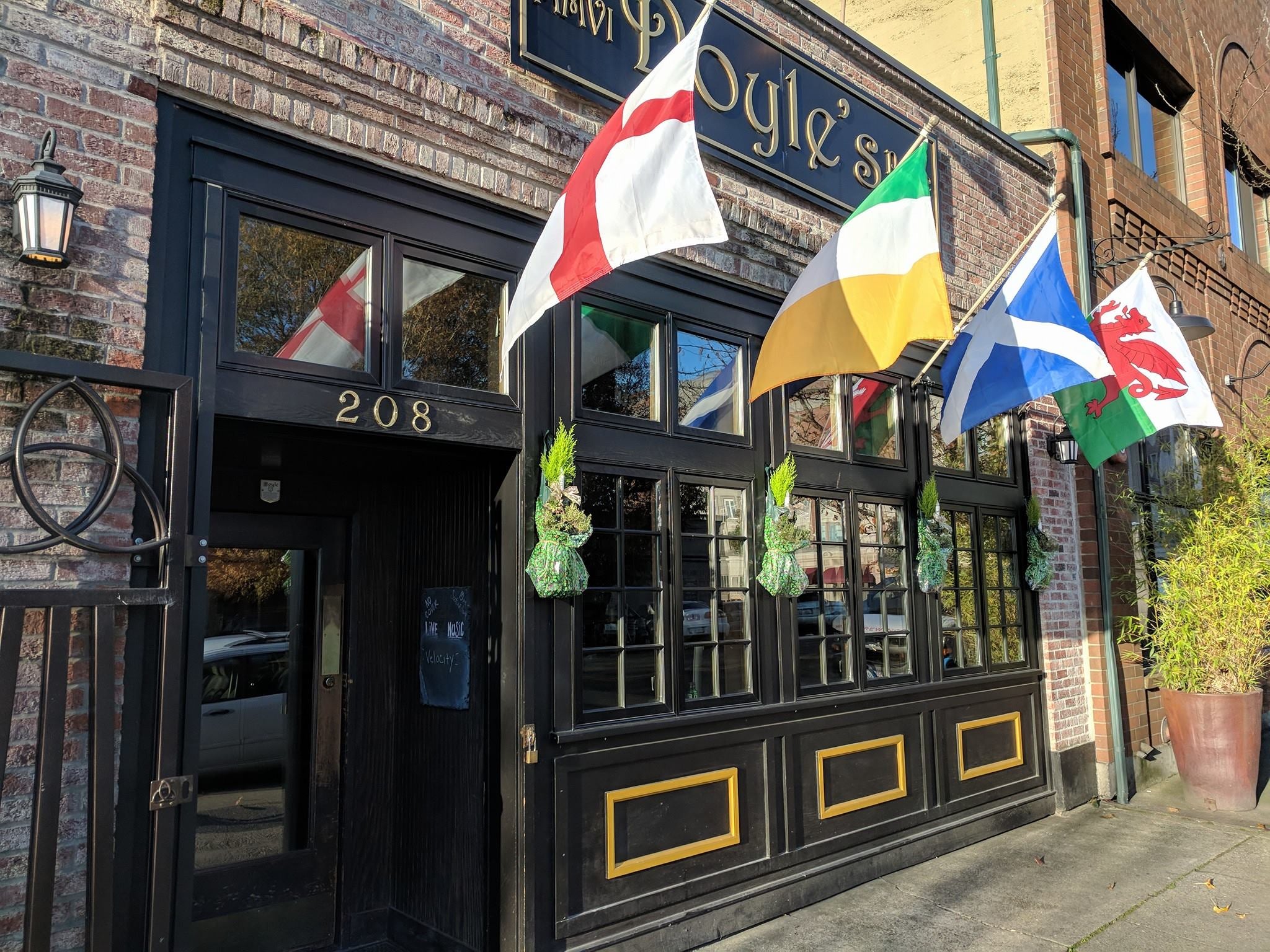 No matter the results, we’re just looking forward to a day we can cheers to all of you in person at these 16 chosen watering holes and more. Our day will come. Until then, let’s show love to all of these amazing places of gathering in our city and dream of celebrating the defeat of this pandemic there when our time comes.

Tacoma Defiance kicks off its 2021 season at Cheney Stadium on Thursday, May 13 vs. San Diego Loyal SC. Stay tuned for more information on attendance and tickets.

The We R Tacoma Team Store is currently open Monday, Wednesday and Friday from 10 AM-4 PM. Grab your Rainiers gear, your Defiance ‘fit, and follow the team store on Instagram and Twitter.