There’s fewer than 30 days left in the Minor League regular season, and the Tacoma Rainiers have a short novel of a transactions list to this point. Over 75 players have donned the ‘R’ in 2019, with over 220 moves made. As players continue to cycle through the ever-revolving clubhouse doors, manager Daren Brown is doing the only plausible thing he can through the mishmash of movement: coach, and do it one day at a time.

”It doesn’t matter if it’s the last 30 or the first 30 games,” Brown said. “We still want to play fundamental baseball every night and see guys get better, keeping themselves as an option for the big league club.” 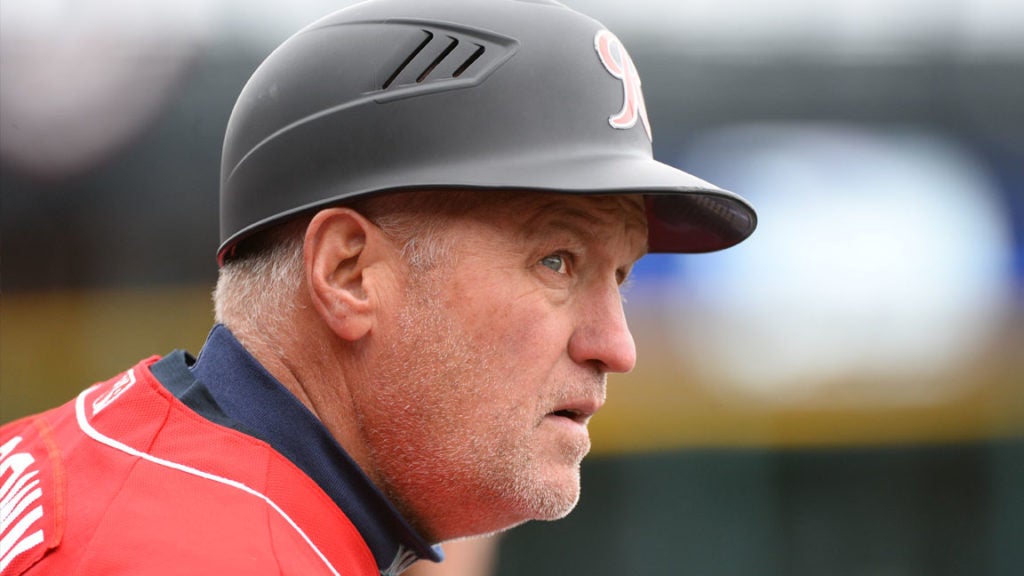 The Mariners have certainly utilized their available assets who play less than 40 miles south. Tacoma Rainiers Opening Night starter Erik Swanson hopped on a plane to Kansas City for his Major League debut before the first game of the season at Cheney Stadium. Since, players like Austin Nola and J.P. Crawford have become pivotal parts of the M’s offense, and a healthy dose of relievers like Matt Festa, Ryan Garton, Matt Carasiti, and Reggie McClain most recently, have learned the struggle of the I-5 route all too well.

Through all the chaos, two players have been through it all this season, never hitting the IL and never wearing another team’s jersey: veteran catcher Jose Lobaton, and lightning-quick outfielder Ian Miller.

Lobaton, a Venezuelan-born player with over 400 Major League games and nearly 18 years of professional experience, has caught over 60 games for the Rainiers this season and provided pop in the lineup with 13 dingers. 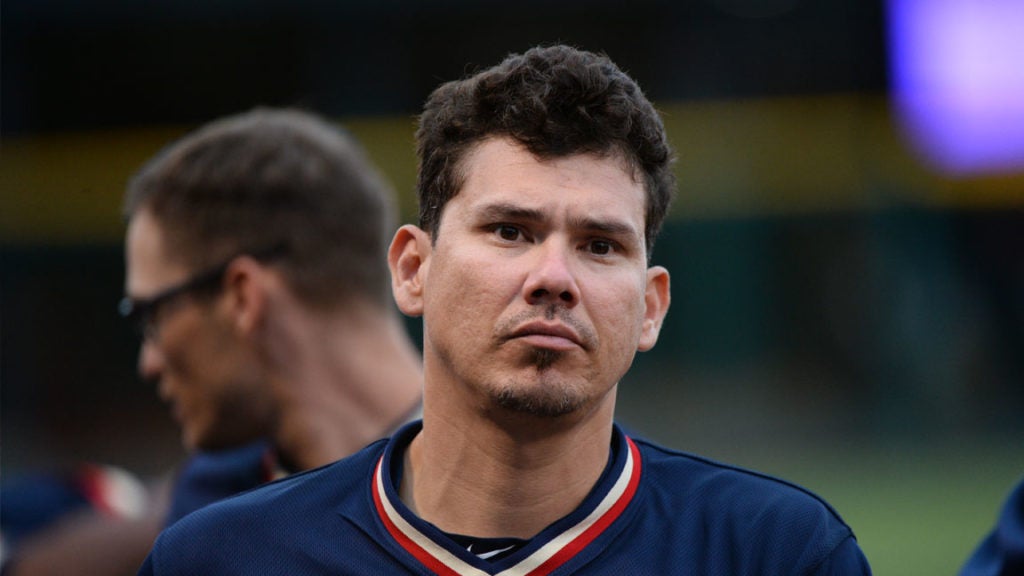 “He’s been pretty solid defensively behind the plate,” Brown said. “Pitching has been up and down for us. He knows what we need to do, and it’s just a matter of getting our guys to execute it.”

After a season-long seven-game losing streak, the Rainiers found a way to turn things around and took the next series against Omaha to start August. Lobaton and the pitching staff were a significant part of that, getting a pair of quality starts from youngsters Anthony Misiewicz and Nabil Crismatt. In Misiewicz’s following start against Iowa on August 4, the 24-year-old was three outs away from a no-hitter before getting lifted after 116 pitches.

“If our starters give us innings and keep us in the game, we’ll win our share,” Brown said. “The young guys we have are playing well and are trying to show whether they’re someone we can trust in the future at the Major League level. Some of the older guys are trying to show that we need to think about them going forward.”

Despite their age difference, Lobaton and the young guys have the same aspiration to get to the highest level, and finding success together is the most efficient path to get there.

Ian Miller has a significantly different path from Lobaton, but has seemingly been through the wringer over the last six years. The Philadelphia native, selected in the 14th round of the 2013 Draft out of Wagner, first climbed his way through the affiliate ranks to Tacoma in 2017. Now in his second full year with the Rainiers, Miller is on the verge of leading the PCL in stolen bases, and leading all Mariners farmhands in swipes for the second year in a row. 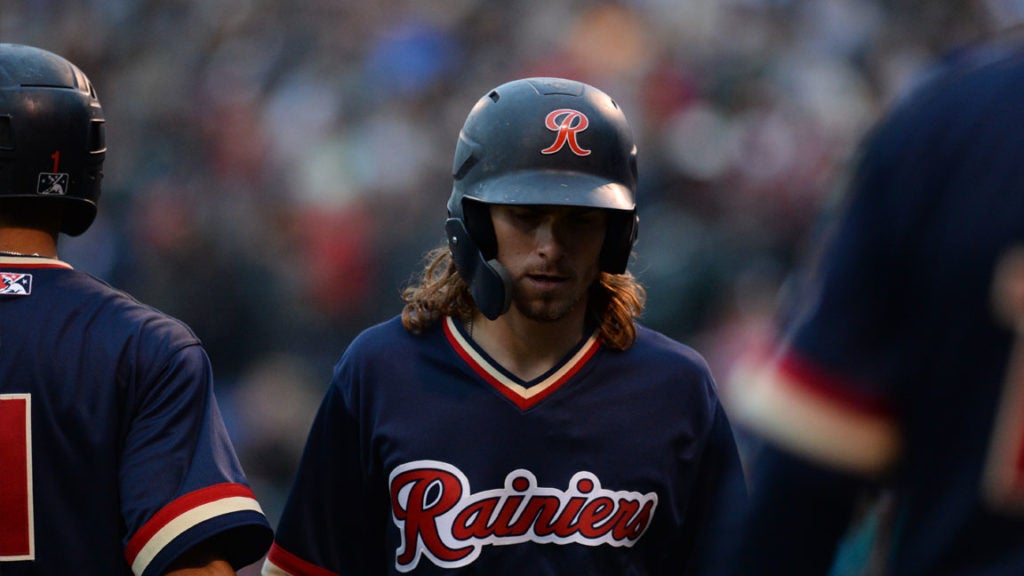 Miller is the first to admit that his numbers at the dish have taken a hit in the second halves of his seasons since joining the Triple-A level. Despite not compiling any Major League service time, the 27-year-old can use his experience to provide leadership in the late summer months.

“The last couple years I took my foot off the gas pedal after the All-Star break,” Miller said. “I want to finish strong and keep putting the pressure on the defense any way that I can. It’s easy in the last month to just turn over and roll into the offseason. Our guys are just doing a great job of passing the baton to the next guy.”

When his numbers began declining this time around, Miller, who will be a Minor League free agent at season’s end, knew he had to put an end to the skid. In an unexpected move, the shaggy Miller cut his luscious locks, and for reasons that only baseball players could possibly fathom, some of his beautiful brunette strands were hung from Brown’s office door to rid the Rainiers of any bad juju.

“He’s trying to do some things that’ll hopefully do the trick,” Brown joked. 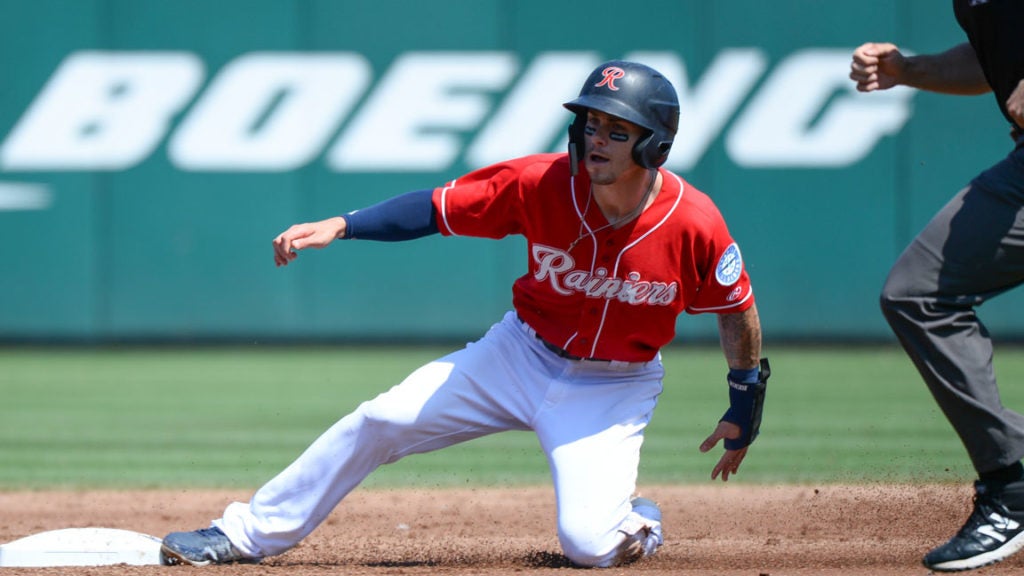 With under a month to go and as the Major League roster gets set to expand to 40 for the last time, Brown, Lobaton and Miller are still working diligently to improve every man in the clubhouse. Brown, as the skipper and overseer of the process, makes sure each new face who walks through the door feels comfortable and knows that he’s got their back. Lobaton is continuing to work with a pitching staff of young arms and potential big league talent. And Miller, he’ll keep leading by example, stealing bases and will keep any bad energy out of the clubhouse as his hair still hangs in the manager’s office.