As Tacoma Defiance huddled over a planning table charting 2020’s campaign, a few dates stood out. They are key tests for a squad returning to Cheney Stadium for another season of soccer in the South Sound.

Four matches in particular will demonstrate that this campaign is not for the faint of heart, which means we will need the support of fans like you at all of them.

The team will be tested each night, creating can’t miss action on Tacoma’s home pitch. Our new Premier Match Four Pack is the perfect sampler of Tacoma Defiance soccer with an all-inclusive experience, making it a no brainer for you to come and support the Future of Seattle Sounders FC and enjoy the first class experience we provide. 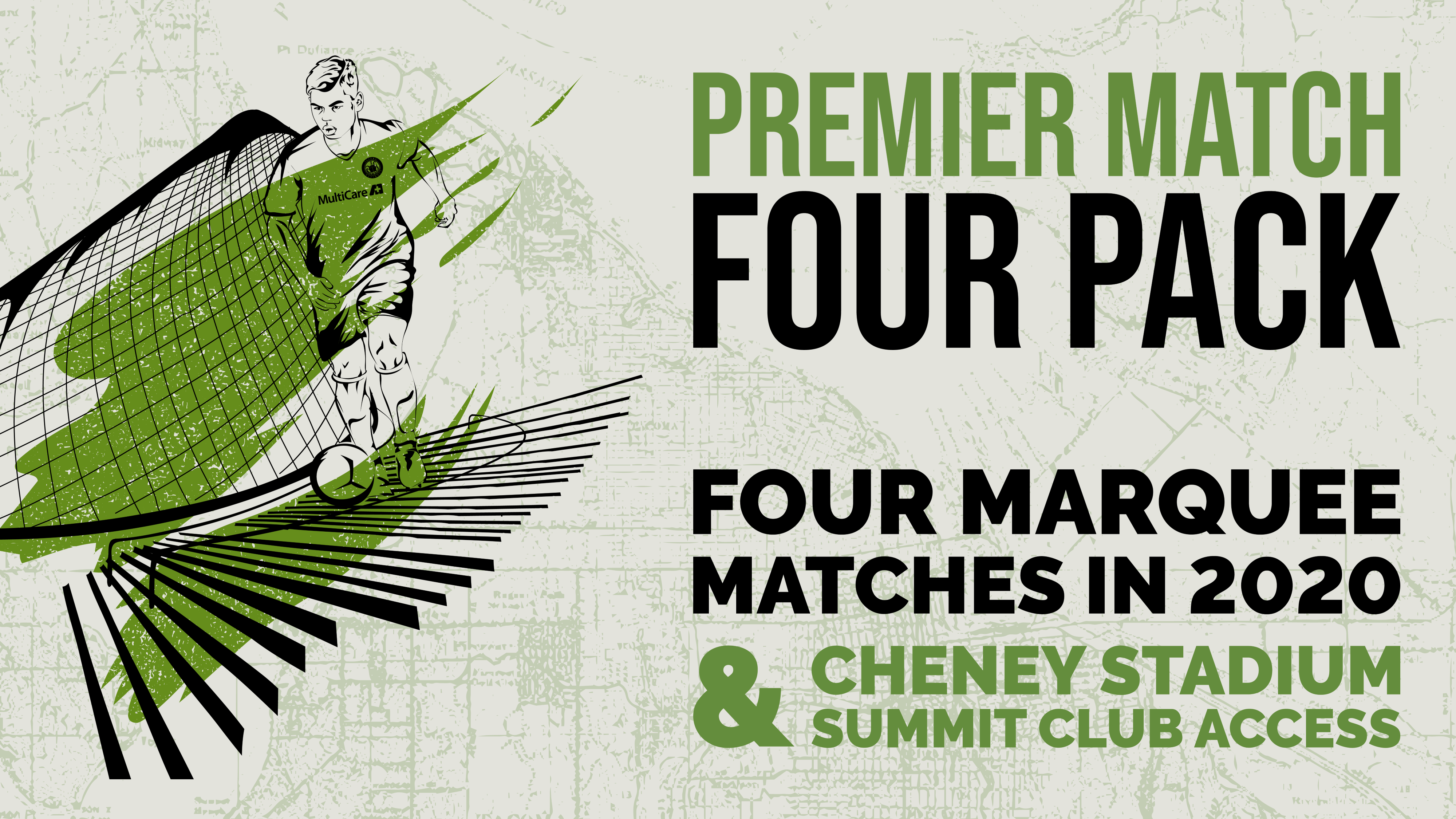 It’s reserve seats for South Sound soccer, complimentary beverages in the much-revered Summit Club, stadium snacks, and – new this year – our Pitchside Tent is open for you to watch the action just yards away from the corner flag.

Tacoma’s men have a tough and exciting road in 2020. They will rise up to meet its every challenge. Your waving flag of support and sound of your voice will raise Defiance towards the promise of good things to come.

Our Men in Black will define themselves not by their opponent. They look instead to their five-match unbeaten run to end 2019, combination of youthful vigor and veteran savvy, and a City of Defiance fueling their competitive fire.

This is a difficult start, but who wants to begin with easy? One cannot set sail without leaving port. The first contest at Cheney Stadium in 2020 features last year’s second-best team in the West. Reno added former Timbers player Foster Langsdorf and former Sounders draft pick Tucker Bone. Manager Ian Russel is a former Sounder (1998-1999) who took 1868 to the playoffs in each of their first three seasons.

Phoenix Rising on Friday, May 8

Rising set a record for wins and points in 2019, so of course they added New Mexico’s best player – Santi Moar, Jordan Schweitzer from Colorado Springs, and Jon Bakero from MLS Cup losers Toronto FC. The burning birds will fly into Central Tacoma and find the chill coastal air coming off Commencement Bay, the snowcapped mountains, and a Band of Defiance who are claiming their promised destiny now.

T2 v Defiance is another round of the epic rivalry that defines American soccer rivalries. It’s Puget Sound versus the Willamette. It’s now Hub City versus the City of Defiance. One organization has a single trophy and ours has seven. The future Sounders aren’t going to go easy on future Timbers.

The champions raised the USL Championship trophy after offing back-to-back champions Louisville City FC and the steamroller that was Phoenix. This regular season finale between the two teams will be a celebration of our fans and city as we power to new heights claiming our Destiny together.

These are demanding tests. Do not miss them. Make time in your busy soccer schedule for the biggest and best Tacoma Defiance matches of the season.