Let me take you behind the curtain for a second. I’m writing this sentence on Monday, July 20, but you’re not seeing until… now. I’m not even sure if I should write it.

Am I wasting my time composing, editing, re-editing a piece on Jarred Kelenic if he’s not even going to be at Cheney Stadium? This is the first article in a series of spotlights for players who are on the Seattle Mariners Taxi Squad. Yet, here we are, seven days until the Taxi Squad gets to Tacoma, and I don’t know if Jarred Kelenic is going to be here, or with the Mariners.

I mean, the kid literally turned 21 years old less than a week before I sat down – outside on a crystal clear summer day in Tacoma, I might add – to write this. Is it absurd to entertain the notion that Kelenic, who has a whopping 21 games at the Double-A level, is going straight to the Majors?

Well, if you’re reading this, Jarred Kelenic is on the Taxi Squad.

But think back to the final week of Summer Camp. Did you know, with 100% certainty, that Jarred Kelenic would be at Tacoma’s alternate training site, and not in Seattle?

Did you see those missiles that he was launching into the sea of outfield bleachers at T-Mobile Park? Have you seen the muscle mass that he put on in quarantine? That didn’t look like a 21-year-old to me. That looked like a full-grown man, ready to play him some Major League Baseball.

And sure enough, on his first day in Tacoma, he pummeled two balls out of Cheney Stadium and legged out a triple.

Maybe he is ready for the Majors. Maybe if the Mariners put him in the Opening Day lineup, the Wisconsin native would have held his own against pitchers who haven’t faced a batter in a different uniform in four months.

So why not go for it?

It’s In the Contract

Frankly, the risk outweighs the reward.

As soon as Kelenic is thrown into a Major League game, his “service time clock” starts. The Mariners only have control of a player’s Major League contract for so long, and as soon as he makes his debut, the sand timer is flipped, per the current Collective Bargaining Agreement between the league and the union.

Jerry Dipoto said himself, pre-pandemic, that he doesn’t expect the M’s to be in the hunt for a championship in 2020. If Kelenic isn’t that difference-maker, it’s not worth losing that valuable service time when it could be needed in a 2026 playoff race.

From @stonelarry … Jerry Dipoto says Mariners’ 2020 success won’t be measured by wins. You’ll have to wait ’til next year for those. https://t.co/gdiIJlKu2A via @seattletimes

Sure, it seems far off and if the pandemic has taught us anything, humans aren’t great with the whole “delayed gratification” thing.

But it’s not an uncommon occurrence in baseball. The Washington Nationals and Chicago Cubs got an extra year out of Bryce Harper and Kris Bryant, respectively, because they sent the top prospects to Triple-A for the first few weeks of the season.

General Manager Jerry Dipoto and the organization need to think in terms of decades, not weeks in a season where they don’t expect to top the standings.

Is He Really Ready for the Majors?

This is the more important question that Dipoto and Co. needed to answer before sending Kelenic to Tacoma. Keeping him in Seattle would bite a chunk of a single season on his contract, but bringing him up before he’s ready could negatively affect him for years to come. 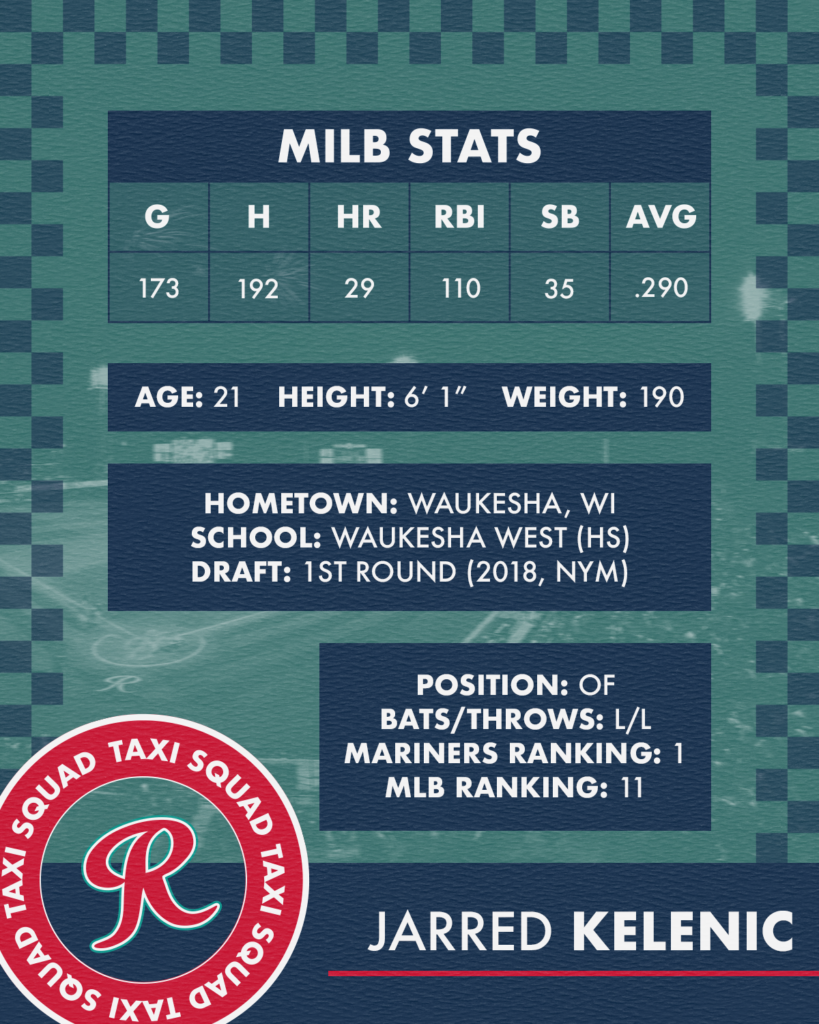 Sounds dramatic, I know, but it’s true. And when it comes to your top prospect, you don’t leave much up to chance.

What if, and try to wrap your head around this one, the 21-year-old who hasn’t even seen Triple-A pitching wasn’t fully equipped to face reigning Cy Young Award winner Justin Verlander on Opening Day?

Confidence might be the most crucial intangible in a baseball player’s success, and if you throw him to the wolves without teaching him how to use his weapon, he’s going to leave that fight banged up.

Old school tough guys would say it’s good for him to get humbled, but that’s why new school guys are the best players we’ve ever seen. The organization knows how to mold them, prepare them, and send them to the plate for their Major League debut only when they’re good and ready.

The aforementioned Harper and Bryant who started their rookie seasons in Triple-A? They both won Rookie of the Year… and MVP trophies later on.

Assuming this article got published, we’re going to be watching how patient the young outfielder is, knowing that the organization is watching closely, and that he’s knocking on the door of his Major League debut.

Will he work counts in simulated games and wait for something over the plate, or will he try to slug his way to Seattle, knowing he’s coming off an impressive Summer Camp?

It takes a superior level of maturity and poise to reach No. 11 on the Top-100 prospects board, and Kelenic’s given us no reason to think he won’t continue to stay within his capabilities and show day-to-day growth.

We’ll also be watching the MLB standings. What’s normally a 162-game marathon is now a 60-game sprint. The Mariners were 13-2 last year on April 11. If they get hot in the next two weeks, we’ll already be talking about their magic number to clinch a playoff spot.

If the ball bounces Seattle’s way in the first couple weeks of the season, the Mariners will need to strongly consider if Kelenic is ready, and if those extra few weeks of development are dispensable in order to end a 19-year playoff drought.

And if so, is it worth it in a year when fans can’t even be in the seats to witness it?

We’ll keep you updated on Jarred Kelenic and the rest of the Taxi Squad as they stay game-ready for their chance with the Mariners in this year’s abbreviated season. For the latest and greatest on the Taxi Squad, the Tacoma Rainiers and all things Cheney Stadium and South Sound culture, follow us on Twitter, Facebook and Instagram, and sign up for more at WeRTacoma.com.