First cars, first jobs, first goals – they stick in our memories, part of our histories. Firsts are special.

Marlon Vargas scored his first professional goal on August 9, 2019.
It wasn’t just his first. It was a game-winner.

Just over a year ago, at 17, Marlon Vargas declared himself ready to be a professional. It was time.

From club soccer in Bakersfield to the Academy in Tukwila he didn’t just succeed – he excelled and triumphed.

However, in Tacoma he struggled. 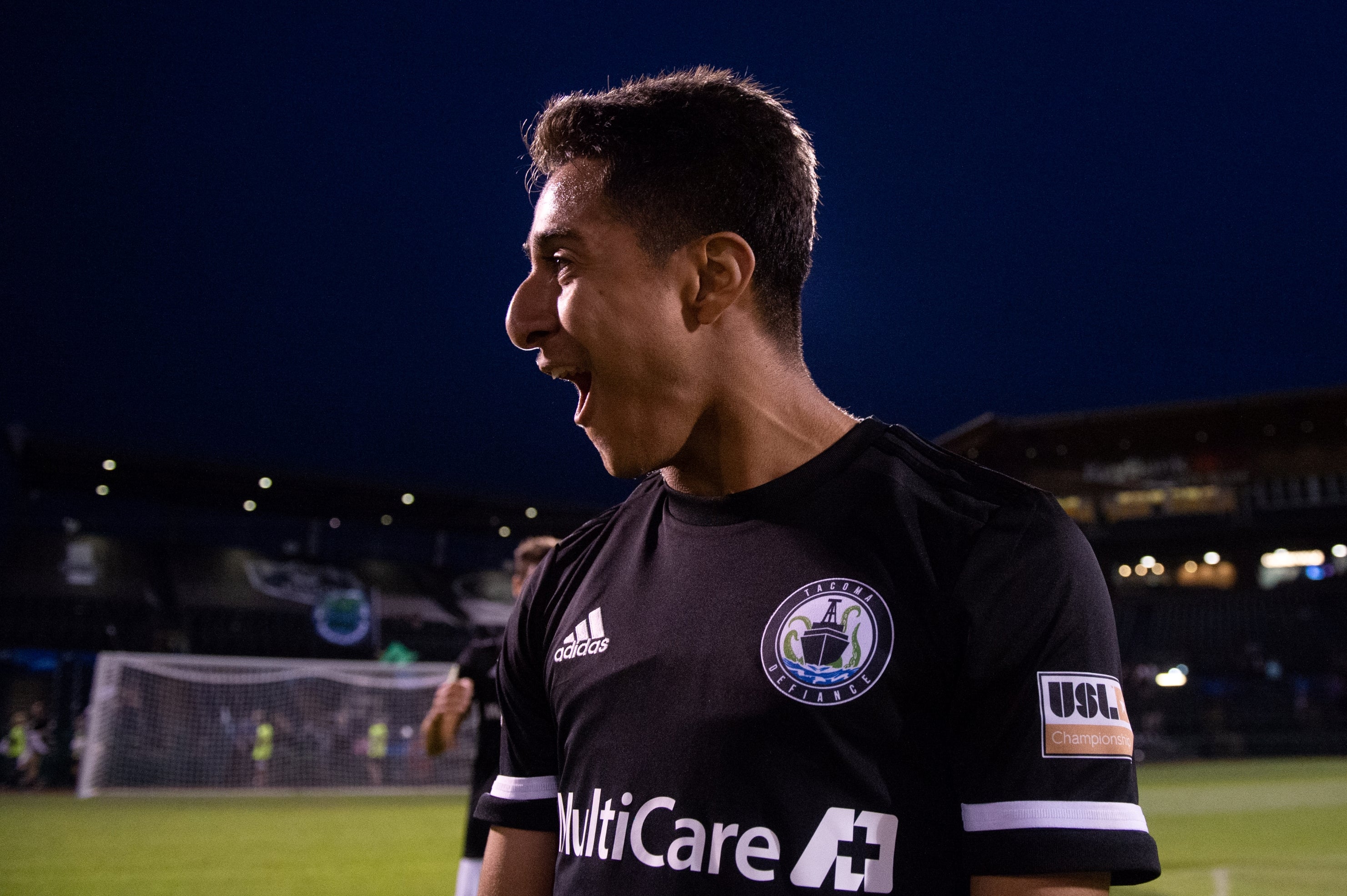 After 26 games and 16 shots, the goalmouth finally opened. There were prettier, more powerful, more precise shots from Vargas. Other shots were more everything, except where it mattered.

Seeing a loose ball mere feet from goal Vargas floated out from bodying the keeper. His leg outstretched; his foot barely connects. It’s enough, barely. Two Orange County players try to stop the ball. They are not enough.

A trickling shot becomes Vargas’s first goal. It’s the goal of a young man who seeks success, who struggles, who then succeeds again.

This may be Marlon’s first goal, but it is not a beginning, or an ending. It is a part of his story.