Ah, college. Those memorable days of being well-rested, hydrated, and spending your Friday nights hitting the books while classmates were out gallivanting and making poor decisions.

Does that not sound like you? Was it just us?

Nevertheless, you probably can’t relate to Emerson Hancock either, who spent his Friday nights mowing down SEC hitters at the University of Georgia. 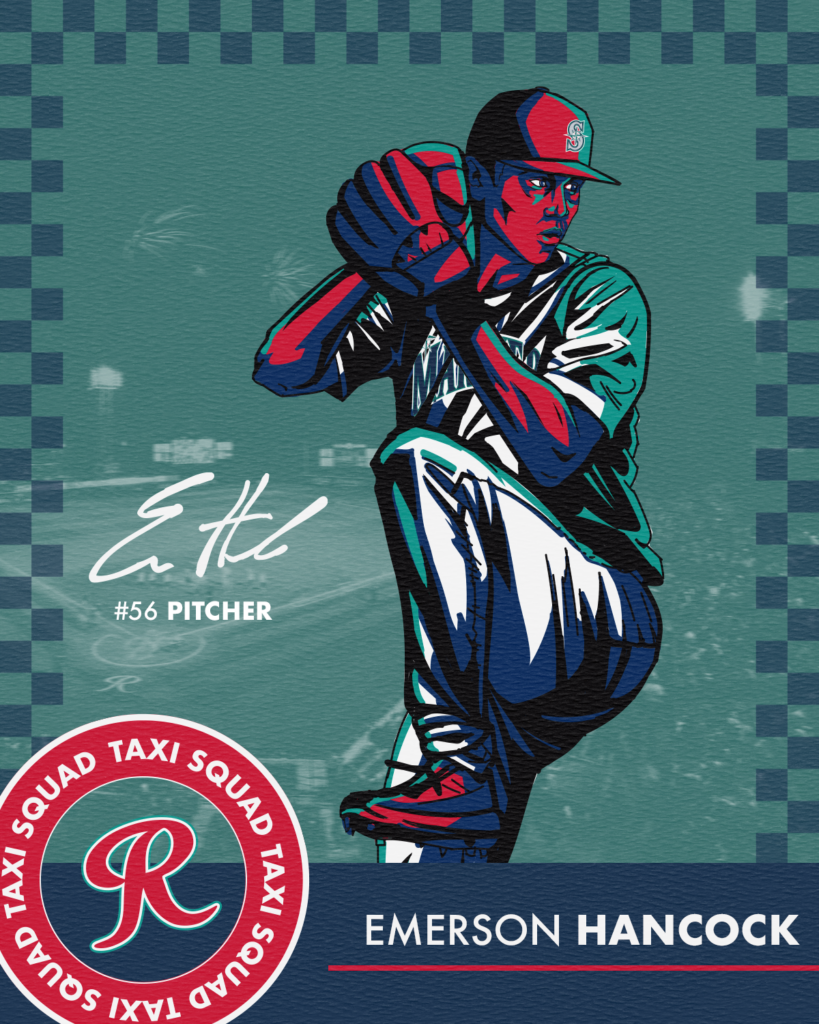 The 21-year-old got his jollies by striking out over 200 batters in 192 career innings with the Bulldogs, and while you were flicking flash cards to study for your chemistry exam, no one was hitting anything against this kid, who posted a sparkling 1.99 ERA as a sophomore.

Hancock’s final season in Georgia red and black was brief because, ya know, COVID. He only made four starts as a junior, but left with a 2-0 record and was posting the best strikeout rate of his All-American career.

Coming off a season where he led the conference in WHIP (0.84) and finished third in ERA, the Seattle Mariners saw enough from the Thomasville, GA native to confidently snag him as the 6th overall pick in this summer’s MLB Draft. Hancock turned 21 less than two weeks earlier, and you college educated readers know what that means – he’s now legally able to adopt a child if he so chooses. Maybe when the timing’s right.

What do we even know about this guy?

Hancock’s welcome into the professional sphere could not come at a more ordinary, unvaried, regular time in our country’s history, so he’s playing lower level Minor League Baseball this summer in front of thousands of cheery fans…

Where were we? Oh, right. He’s at Cheney Stadium playing intrasquad games against his own teammates because the country is shut down. But you already know all that. 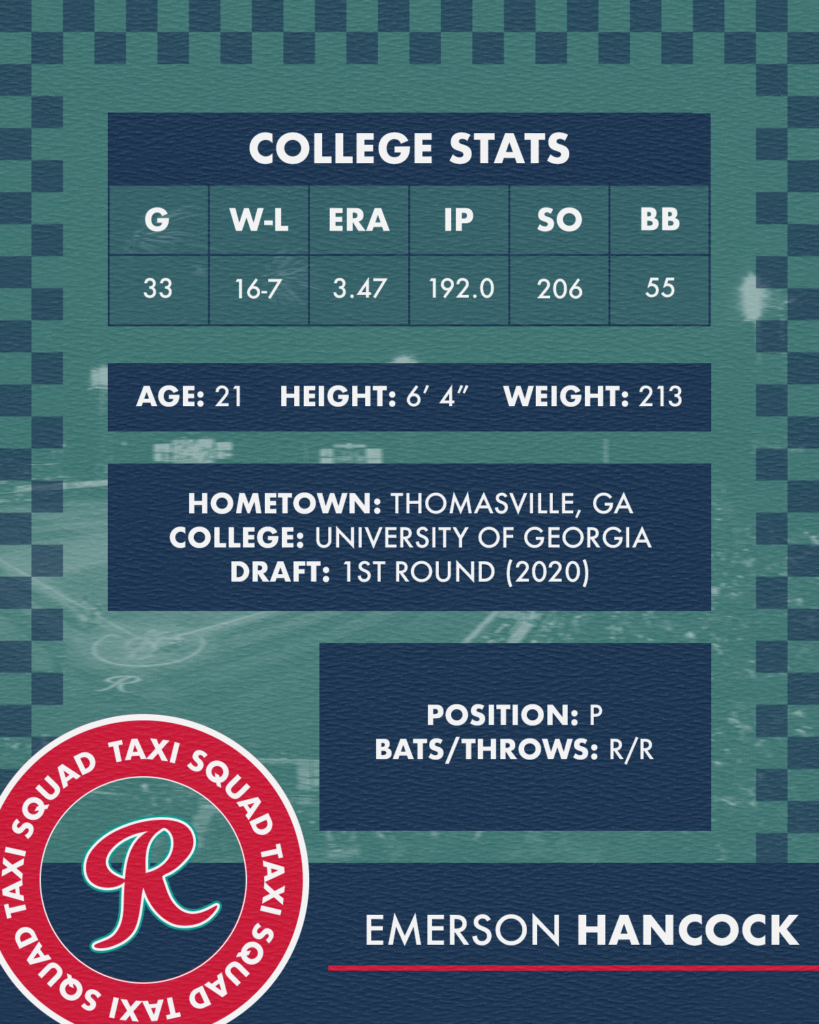 Here’s what you might not know about the 6-foot-4 right-hander:

Hancock has an overpowering fastball that sits mid-90s but touches 99 on the gun. He supplements that with three other pitches: a power slider, a well-located changeup, and a curveball that he’ll turn to when he wants to, well, throw guys a curveball.

Put that all together and what do you get? The best ERA by a starter in Georgia Bulldogs history, Second Team All-American honors, a First Team All-SEC selection, and an offer to join the USA Baseball Collegiate Summer National Team. He was also a First Team Academic All-American, so you know he went back to his dorm and studied after shoving seven shutout innings.

Born in 1999 – feel old yet? – the hard-throwing righty was originally drafted in the 38th round by the Arizona Diamondbacks in the 2017 Draft. The Cairo High School product elected to stay in-state and get better for three years at the collegiate level, climbing his way to the tippy top of the Draft board.

What makes first round picks out of college interesting is that they’re often the most experienced players on their first pro teams. When an SEC pitcher gets drafted and shipped to Single-A or rookie ball, they are more often than not early 20-somethings pitching against teenagers, up-and-coming international players who are sometimes as young as 17, or players who are just living out brief dreams as professional ballplayers.

When a guy like Hancock gets to town, he usually doesn’t last long, because he’s been seeing 22-year-old seniors from major conferences all spring and is ready to face that level of talent again, more likely seen at the Advanced-A or even Double-A levels.

But ask any graduating senior in 2020, and they’ll tell you that this is a weird time to be leaving college. Nothing is as it used to be, and baseball isn’t immune to the change.

It’s official! 🙌 @EmersonHancock_ has signed on the dotted line. pic.twitter.com/TeEHQv3c9Y

Hancock’s entrance into the Mariners system is obviously bizarre, and he doesn’t get those tune-up outings with Everett or West Virginia this season. Instead, he’s going to take on Jarred Kelenic and players with Major League service time like Braden Bishop and Jake Fraley.

He’s going toe-to-toe with the best prospects in one of the best developmental systems in baseball.

We’re excited to see how Hancock mixes speeds and utilizes all four of his pitches. You can pump 97 past a lot of college guys, but most of these prospects at R House have seen, and bested, high velocity pitching. To be successful, Hancock will need to keep hitters guessing, and fortunately for the first round pick, he’s got the arsenal to do it.

We’ll keep you updated on Emerson Hancock and the rest of the Taxi Squad as they stay game-ready for their chance with the Mariners in this year’s abbreviated season. For the latest and greatest on the Taxi Squad, the Tacoma Rainiers and all things Cheney Stadium and South Sound culture, follow us on Twitter, Facebook and Instagram, and sign up for more at WeRTacoma.com.