The “City of Destiny” sprung into reality all the way back in 1869. That was back before Tacoma was Tacoma, under any name. Back then Destiny was only a promise, a call towards future greatness that gave the city and its people hope.

Tacoma leapt forward from logging town to major port through the efforts of pioneers like the Carrs, McCarvers, and Spragues. A few years later, that accelerated when Thea Foss turned expectations on their head, launching what would become Foss Maritime.

The city’s booms have always been on the backs of someone confronting the standards and norms of a time – Stanup, Stafford, and Moss.

These great men and women and the ones they inspired helped us build a City of Destiny Defiance. 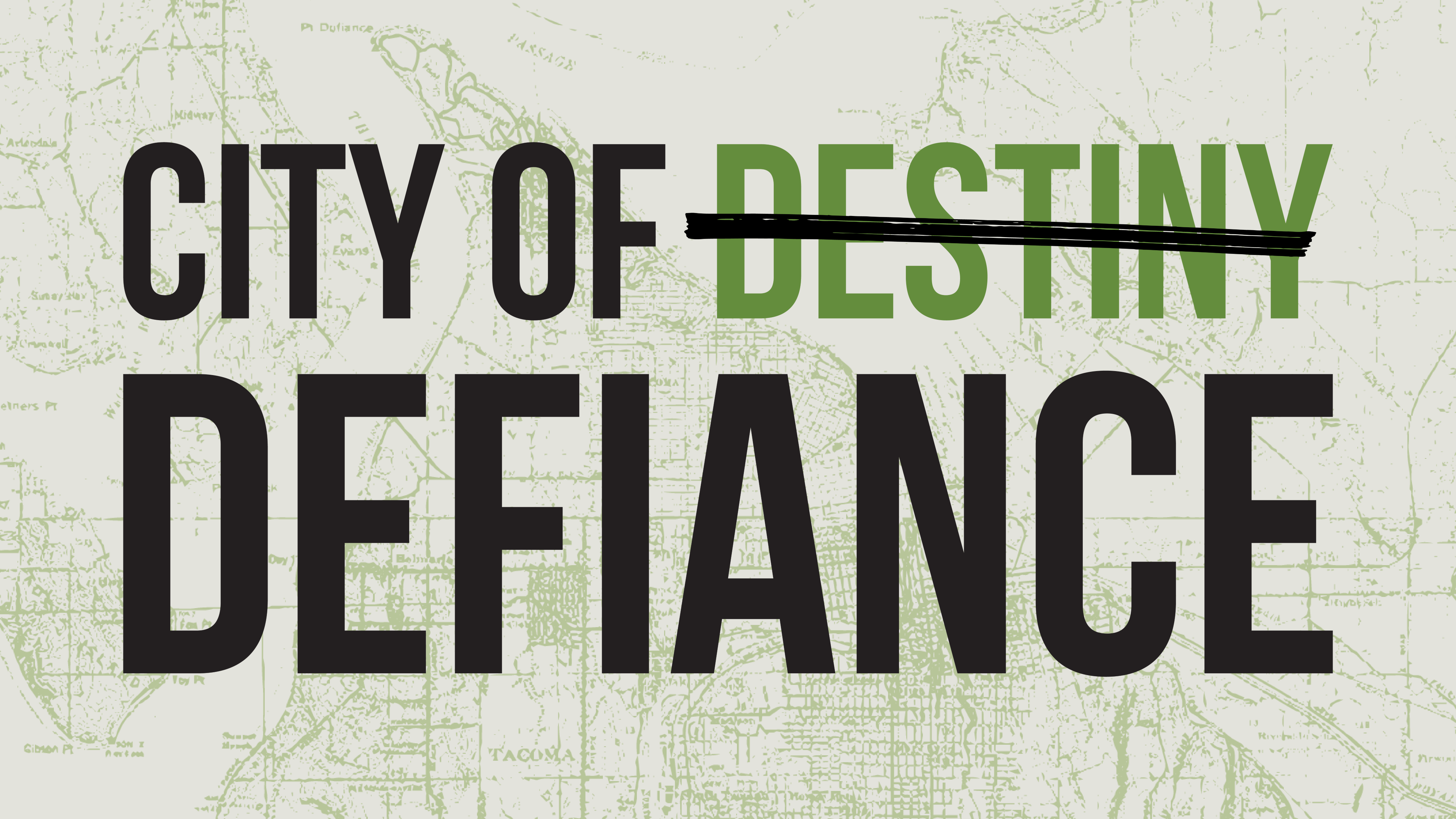 Day by day, they forged Tacoma’s attitude – a refusal to wait patiently, an inherent pride in ourselves, a willingness to work, & an ever extended hand to a neighbor. You could say that here in Tacoma, we’re city centered. We look after our own.

Those not in the know may underestimate us.  While they point to a distant future, we keep pointing to today.

When we walk the streets of downtown, we don’t see promises. We see a city rising – proudly proclaiming we are “Defiantly Tacoma.”

Knock us down and we will pop right back up, because expectations are only as valuable as accomplishments. Now claimed, destiny is an afterthought as we pass it in our rear view mirror.

Here in Tacoma, the time is now.