It’s curious to me how enthusiastic these humans are getting over these head covers and fur restrictors. When they attempt to push my paws through these things for a laugh, I refuse to let them humiliate me. I shake and wag until they give up.

I do find it strange how much happiness they find in putting on these ridiculous clothes with nothing but an ‘R’ on them. Regardless, through all their mumbling, I’ve been able to make out the word ‘park’ so there’s hope that this could be a good day.

In the car, I keep my head hung out the window in an effort to find this park they speak of.

I can feel their anticipation building.

I turn and immediately notice this is unlike any place I’ve ever seen. It’s more than a couple tunnels and bouncy balls. It’s a majestic cathedral with bright lights and a towering figure. We walk inside and there it is: the largest yard with the greenest grass you’ve ever seen. 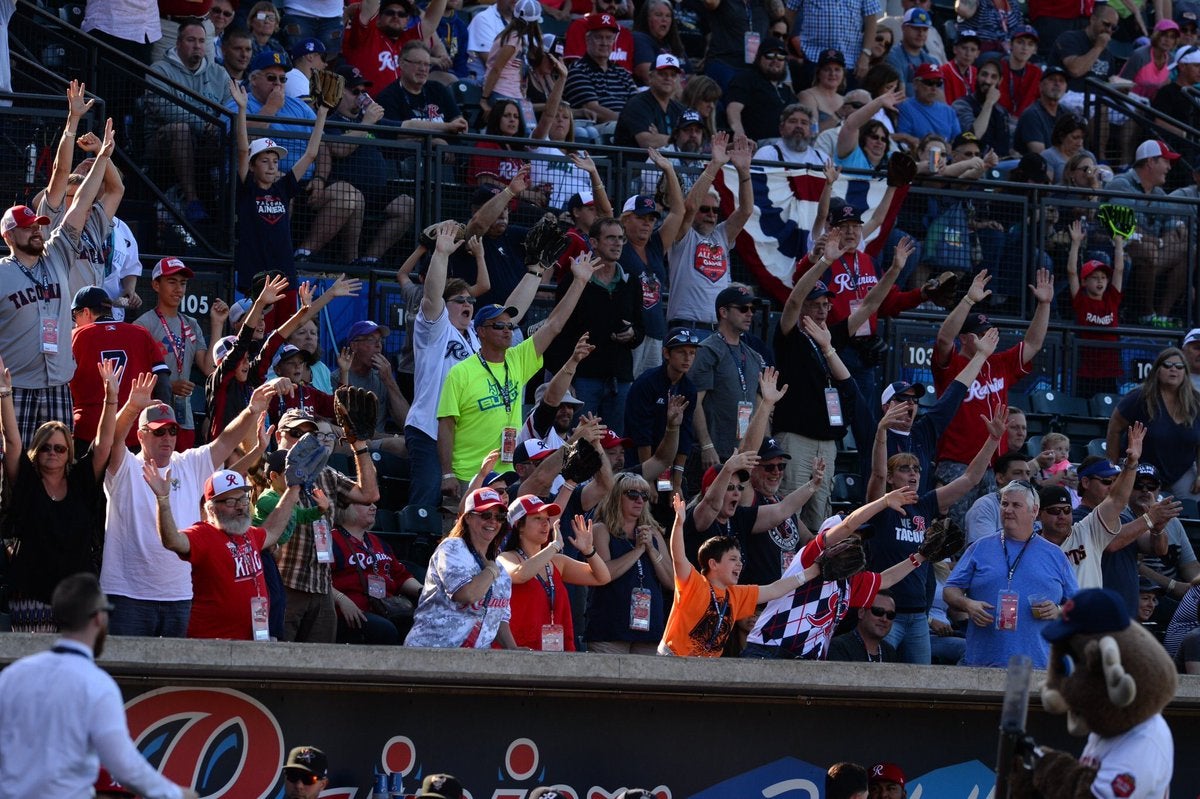 Perfect for a game of fetch. That ‘R’ the humans are so in love with covers almost every inch of its facade. Men standing in the yard are wearing them too. They wear matching colors head to toe. The strangest thing of all? They seem to be doing the playing while the rest of us are left to watch and provide them with encouragement. Why?

I’ll tell you what. This place is filled with the most daring temptations. Thousands of humans walk by carrying armfuls of sausages and pizza wafting the most delectable scents. It’s taking every fiber in my fur not to snatch those snacks right out their slimy hairless paws.

The humans in the yard play their own version of fetch. They try so hard, it’s adorable to watch them struggle. One takes a large stick and tries to hit the ball to the others. They miss quite frequently and I hear one human tell another that it happens a lot more these days because of launch angles, whatever that means.

Suddenly, the stick collides with the fetch ball and sends it sailing through the air. There is the briefest moment of silence, like the seconds between when the human leaves and comes back for their keys. The ball flies high in the air and then, all the humans start barking and bellow out like 100 mailmen just knocked on the door. The fetchers seem disheartened when the ball flies over the fence into the neighbor’s yard. Surely, the game is over.

I heard a human say the fetchers go through over 100 fetch balls in just one trip to the park, so I’m certain there’s plenty left. But these people are filled with emotion and slapping hands. 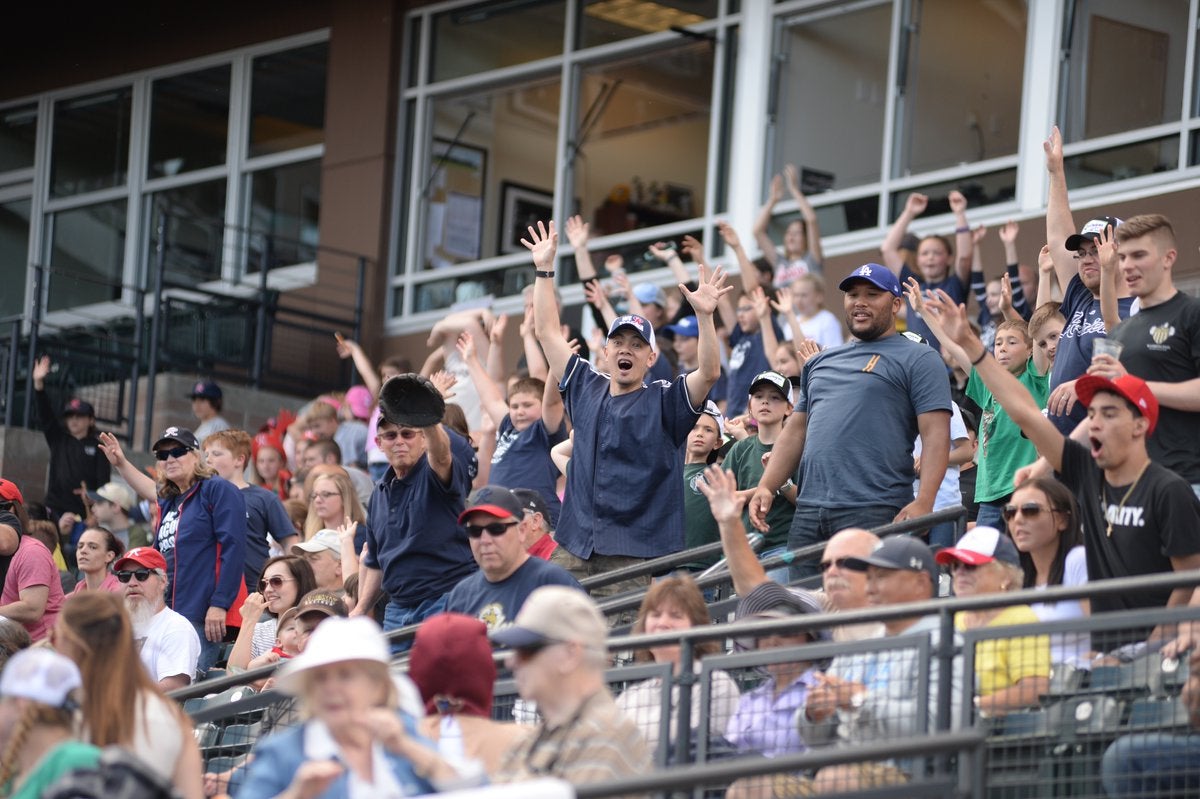 I don’t know what they’re feeling, and I don’t know why. But it just feels right. It’s a sense of joy that I’ve only seen when my people brought me home for the first time. I join them in their barking, and I feel that same warm feeling. My intuition was right.

This was a good day at the park. 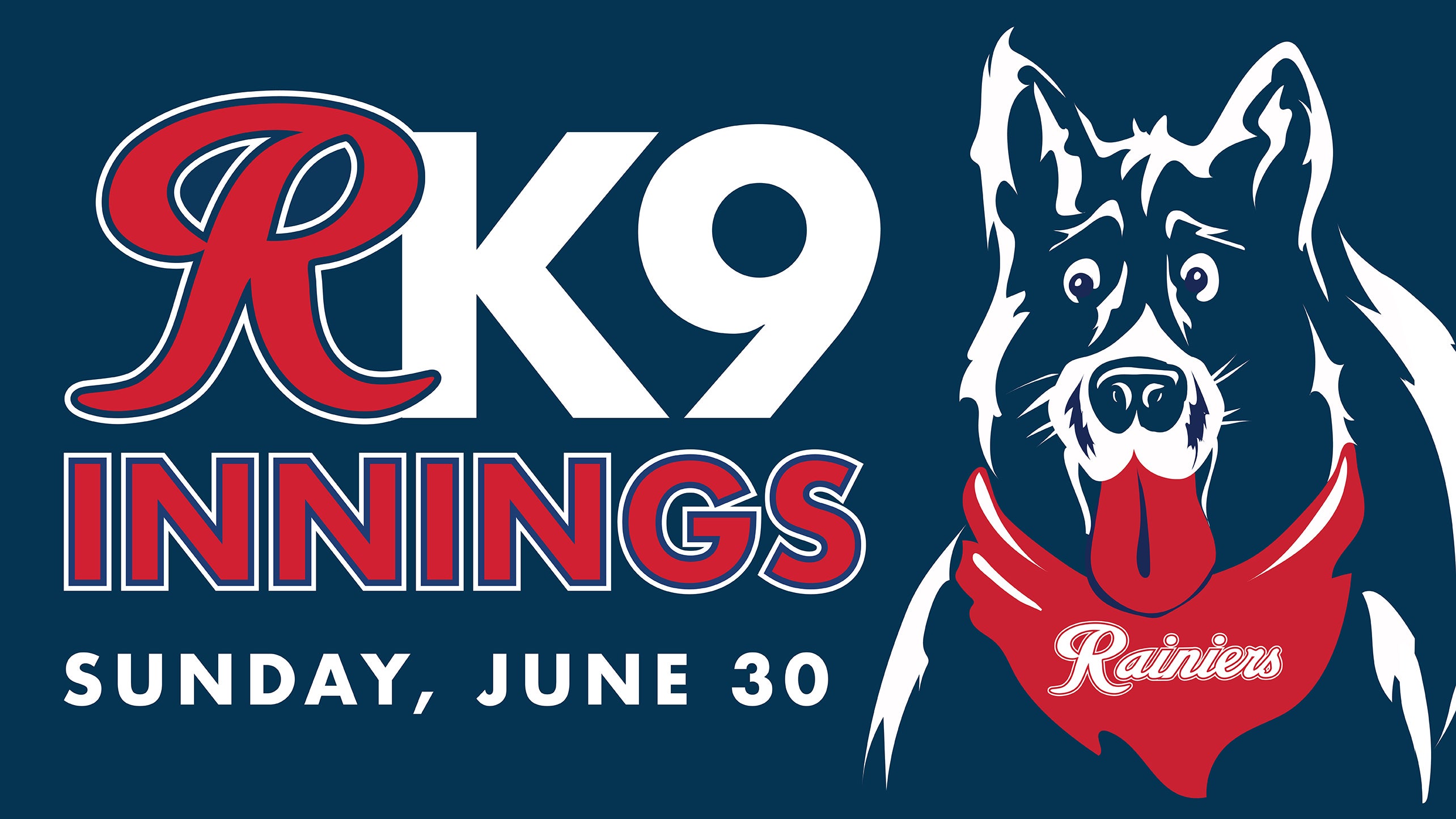 The Tacoma Rainiers are hosting their annual K9 Innings Night on Sunday, June 30. Bring your furry companion to a game at a whole new kind of park, Cheney Stadium.

First pitch of Sunday’s game is at 1:35 p.m. PT. Don’t dog it, get your tickets by following the link here.