The 2020-21 offseason – what a lifetime these past few months have been. Especially for the Tacoma Rainiers, whose offseason started over 500 days ago. But believe it or not, pitchers and catchers report to Spring Training in under a month (another lifetime away).

It’s felt longer than usual, in part because it’s been a painfully quiet free agency period. After weeks of nothing, we finally got a blockbuster trade earlier this month when Francisco Lindor and Carlos Carrasco relocated to Queens. With that, we’re still waiting to hear where most of the game’s top free agents will land. Even Rhubarb the Reindeer is threatening a holdout if he doesn’t get a garlic fry dispenser installed in his locker.

Trevor Bauer, JT Realmuto (Phillies), George Springer (Blue Jays), and DJ LaMahieu (Yankees) are garnering most of the superstar sweepstakes headlines, but there are a plethora of diamonds (former Tacoma Rainiers) in the rough (free agent market) still waiting to sign on the dotted line. Here are four former Rainiers who we think would be strong signings for any organization in 2021.

*UPDATE: Seth Mejias-Brean and Félix Hernández were both signed to minor league deals by the Baltimore Orioles on Wednesday, Feb. 3.

Ben Gamel spent a little over 2 years in Seattle’s system, and most of his time was with the big league club. But the outfielder did play 40 games with the Rainiers during his stay in the PNW, and he was one of the PCL’s best over three short stints.

Gamel was stellar for the Rainiers in 2017, slashing .300/.427/.827 to start his season. Clearly ready for the next level, the Florida native was promoted. He returned in April 2018 for seven games plus another 14 in August, collecting 29 hits in those 21 contests for a wicked .349 average. 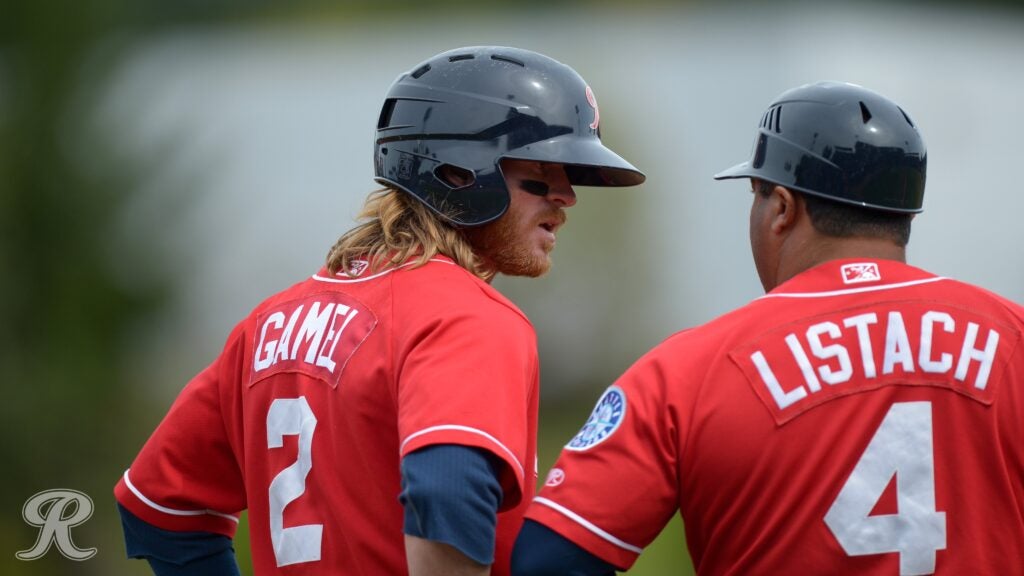 In his last three seasons, Gamel’s batting average has steadily declined, hitting .237 in 40 games with Milwaukee last year. His slugging percentage climbed over .400 for the first time since 2017, though, following MLB’s average-down-power-up trend. The 28-year-old has committed only one error over the last two seasons, and he’s been overwhelmingly healthy during his 10-year run.

The (still) young outfielder hasn’t filled his shelves with accolades, but he’s gained a ton of experience over the last decade. At 28, his trajectory is still looking up. He’s a serviceable defender with decent speed who has shown – especially at the Triple-A level – he’s worth having in your lineup.

Seth Mejias-Brean broke into the Majors in 2019 with the San Diego Padres after seven years in the minor leagues. He only played 14 games and hit .233, but 4 of his 7 hits went for extra bases (2 doubles and 2 home runs).

The former 8th round pick played most of that ’19 campaign with Triple-A El Paso, and he raked his way to a .316 average and an .826 OPS in 114 contests. Sure, Southwest University Park is a bandbox and the juiced baseballs and yadda yadda, but he hit .295 on the road and had just as many extra-base knocks (16) outside of El Paso.

Like Gamel, the 2012 draft pick has been around for a while, but is still young. He’ll turn 30 just after MLB’s scheduled April 1 opener. Teams needing infield depth should take a look at Mejias-Brean, who can play third, shortstop, and even hold the bag at first if you need.

So Taijuan Walker is in the Mariners clubhouse

Last February, Taijuan Walker kind of just showed up, and it was awesome. Back for his second stint in the Seattle system, the former 43rd overall pick joined the guys in Arizona for Spring Training. His regular season return to the Mariners would have to wait until July 25th (thanks coronavirus), and the M’s would get just five starts out of Walker before dealing him to Toronto ahead of the adjusted trade deadline. 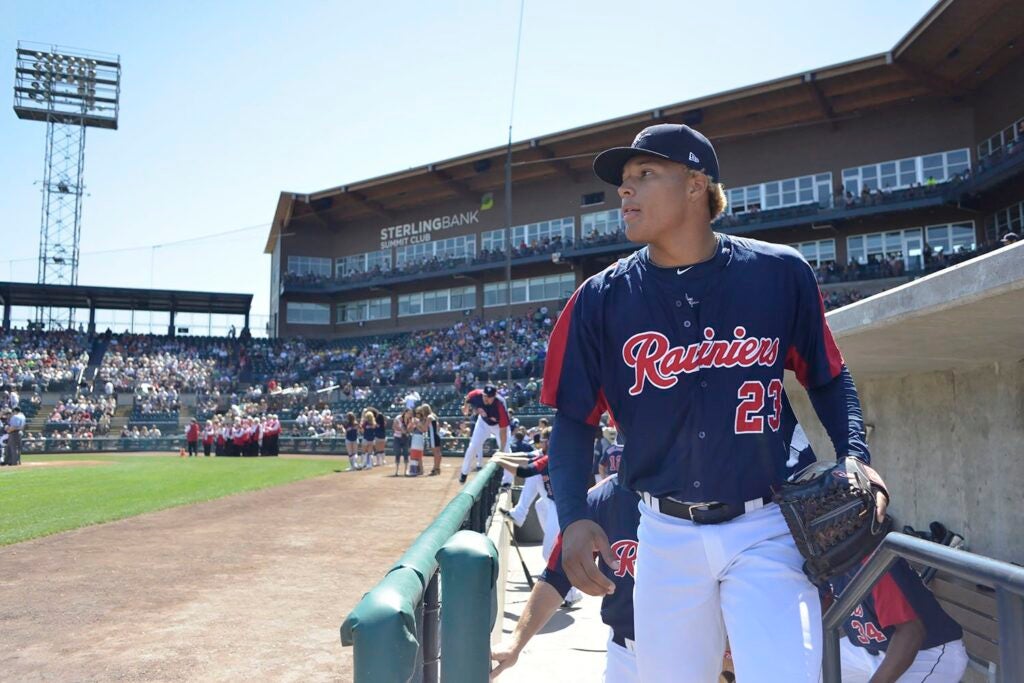 Taijuan Walker was the No. 5 overall prospect when he debuted for the Rainiers in 2013.

Walker was really good with Seattle, but he was incredible with the Jays. In 26.1 innings, the California product gave up just 4 earned runs (1.37 ERA) across six starts. His opponent batting average and WHIP actually took a miniscule dip after he was traded, so he limited baserunners all season.

Taijuan was a marquee prospect when he first got to Tacoma in 2013. He twice won PCL Pitcher of the Week honors in his Rainiers tenure and was a Futures Game selection. 2021 will be his 12th year in pro ball, and coming off a career-best 11-game stretch at just 27, Taijuan Walker could be a steal for any team diving into the market for starting pitchers.

King Félix suited up for the Atlanta Braves in Spring Training last year, marking the first time he played for a different organization in 15 years. Hernández quickly hushed anyone who thought his gas tank was empty, spinning a double-take-worthy 1.98 ERA in nearly 14 innings. It was a small sample size, but it had to make you wonder if he’s still got it. 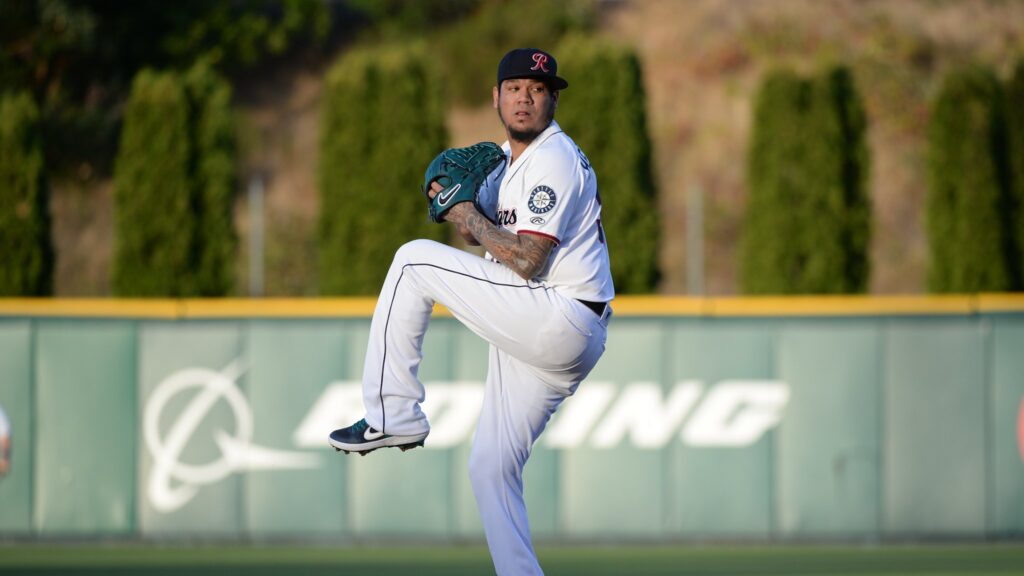 Félix Hernandez made a rehab start in front of a sold-out Cheney Stadium crowd in 2019. (Jeff Halstead)

It would be ambitious to assume that the future Hall of Fame candidate has another Cy Young in that arm. But could he develop another pitch or fine tune his mechanics to wring out another couple years of value for a club? Of course; he’s the King for crying out loud. CC Sabathia was zipping 95 mph fastballs when he won the AL Cy Young in 2007. He used a 90 mph cutter as his primary pitch in the backend of his career, and his last four years were better than the four prior.

Sometimes taking a step back and re-evaluating your approach can make all the difference. For Félix Hernández, who opted out of the shortened 2020 season, a break from the game might have been the ticket for reviving the 34-year-old’s masterful career.

The We R Tacoma Team Store is currently open Monday, Wednesday and Friday from 11 a.m. to 4 p.m. and is available online 24/7. Grab your Tacoma Rainiers gear, your Tacoma Defiance ‘fit, and follow the team store on Instagram and Twitter.